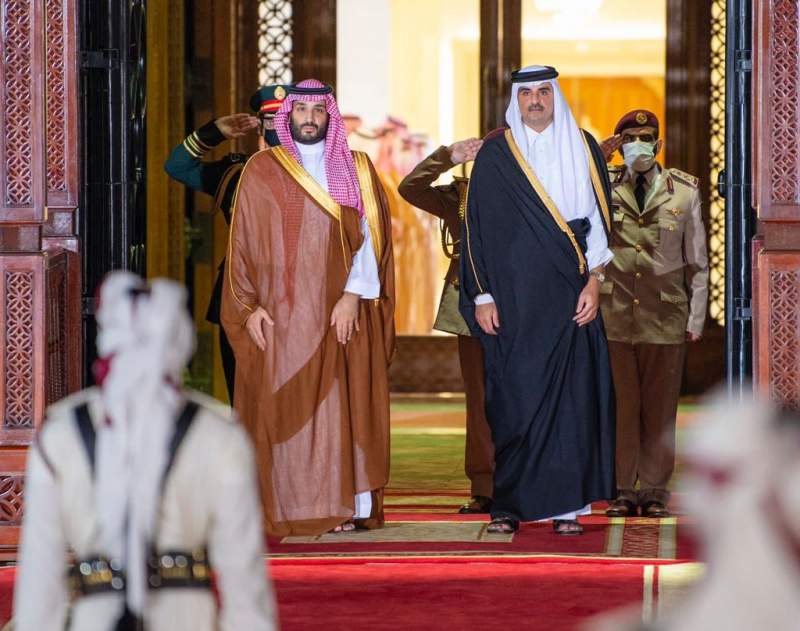 Prince Mohammed and Sheikh Tamim reviewed relations between their two countries and ways to enhance cooperation in various fields, as well as the latest regional and international developments.

The crown prince and emir signed the minutes of the Saudi-Qatari Coordination Council meeting at the end of the session.

Sheikh Tamim said the prince’s visit will deepen the strong ties, especially in light of the conditions in the region.

He said in a tweet “the relations of brotherhood and cooperation between Qatar and Saudi Arabia are based on solid foundations of a common history and destiny.”

Sheikh Tamim said “today, I discussed with my brother, Prince Mohammad bin Salman, ways to enhance this cooperation between our two countries (and) I also affirmed with him our common concern to support security and stability in our region and the region.”

He added “welcome my brother Mohammad to Qatar.”