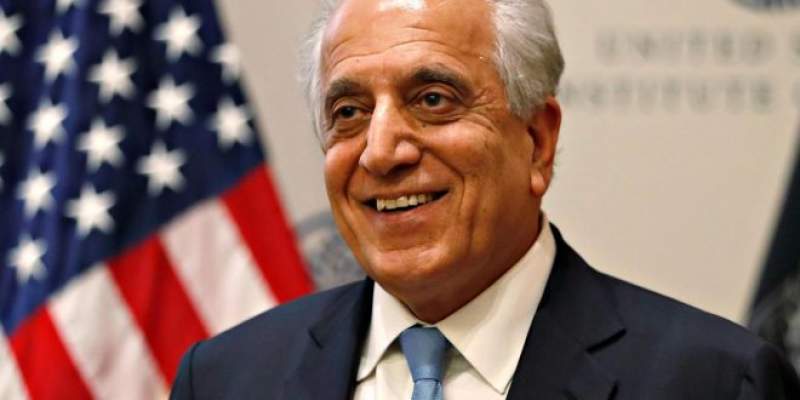 KABUL: 18 March 2020, TON:  Following the Taliban’s statement over its strong standpoint against the malicious terrorist group, IS-K or so called Daesh, the US special representative for Afghanistan reconciliation, Zalmay Khalilzad – who had signed a peace deal with the Taliban’s deputy leader around two weeks ago in the Gulf state of Qatar – said that the fulfillment of the agreement by Washington would depend on Taliban’s stand on their commitments, in accordance to the peace deal.

The progressive remarks made while there is a strong distrust between the Afghan government and Taliban who are supposed to sit in one table under Afghan-to-Afghan negotiations to end the endless war in their country. “I welcome the Taliban’s statement denouncing Daesh and committing to stop any attempts by Daesh to recruit, fundraise, or train inside Afghanistan,” Khalilzad twitted and added, “These mirror Taliban’s public commitments (in our agreement) against Al Qaeda and all other groups that threaten the US or its allies.” Khalilzad had termed Taliban’s operation against IS-K in Kunar as a positives step, which are stated in the US-Taliban peace deal.

The Taliban group in a statement said that they have fought the IS-K and that most of the Daesh hideouts have been destroyed during their operations in eastern Afghanistan. After one and half years of negotiations with the Taliban, Khalilzad had hammered out an agreement with the group’s political office in Qatar that paved way for reduction in number of foreign troops and also facilitate direct-Afghan-talks. Based on the agreement, the Taliban should cut ties with other terrorists groups and assured that Afghanistan would not be used against U.S. and allies by any terrorists groups. In return, the U.S. would reduce the number of its roughly 13,000 troops to 8,600 within 135 days and the Afghan government would release around 5,000 Taliban prisoners. But the crucial phase of peace process, which is the intra-Afghan talks, is still looming in an unfinished business, as the Afghan government and Taliban are seemed reluctant to get into practical steps.

President Ashraf Ghani has signed a decree, which allows the gradual release of 5,000 Taliban prisoners but the militants group insists that all of the 5,000 prisoners be released at the same time before its representatives set on a negotiation table with the government’s delegation. On the other hand, the current political controversies among the Afghan politicians over Presidency Power and Election have become another great challenge against peace process. Afghan peace process should be finalized because internal stability of Afghan is necessary for Afghan people as they are suffering a lot due to prolonged war.