India Shuts Down Taj Mahal, as a measure to Control Coronavirus Outbreak 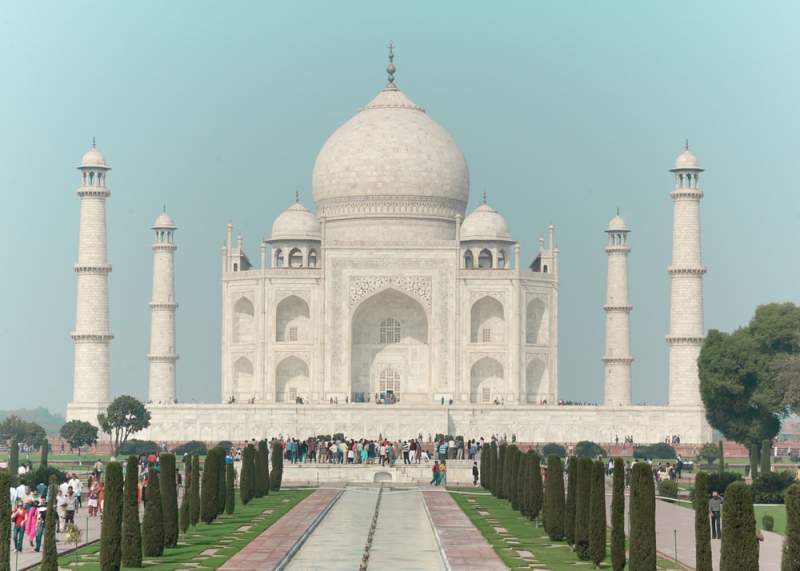 NEW DELHI : 18 March 2020, TON: India has closed the iconic Taj Mahal, one of the world’s most visited tourist sites, as it battles the spread of coronavirus.

The Culture Ministry said  that it was “imperative” people keep away from the monument in the city of Agra, whose allure has apparently not been dimmed by the coronavirus scare. Each day, about 20,000 Indian and foreign tourists visit the Taj Mahal, a number that usually doubles on weekends.

Harsh Singh, who traveled with his family from New Delhi, said there were huge crowds when he visited the monument on Saturday. “The line for tickets was really long,” he said.

Dozens of other monuments that are popular with tourists have also been shut.

The closure of top tourist sites comes as states across much of India shut down schools, colleges, shopping malls, and theaters and cancel sports events in a bid to halt the outbreak of the respiratory disease.

India’s tally of confirmed coronavirus cases stands at 130 and the death toll at three. Health experts say those numbers may not fully reflect the extent of the disease’s spread in the world’s second-most populous nation due to limited testing done so far.

About 6,000 people have been tested in the country of 1.3 billion people, focusing mainly on those who came from abroad and the people who had contact with them.

Amid calls to ramp up testing, Indian officials announced on March 17 that they are increasing the number of laboratories and ordering more testing kits.

Health experts warn that India has entered a critical phase in which it needs to halt community transmissions.

Authorities have begun tightening restrictions as cases increase. In the financial hub of Mumbai, officials said they will stamp “Home Quarantined” in indelible ink on the wrists of all those who have been ordered to self-isolate.

It has been a challenge to keep people quarantined as many do not take the instructions seriously.

In a Mumbai suburb, local media reported that 11 people, who had been isolated after returning from Dubai, fled a hospital, leading to a manhunt.

Cities like Mumbai, where hundreds of thousands live in overcrowded slums and travel on packed transport networks, pose the greatest challenge in controlling the outbreak in India.

India was among the first countries to introduce screening at airports. Last week, it also imposed some of the world's toughest border measures, suspending most visas and shutting down most land borders.