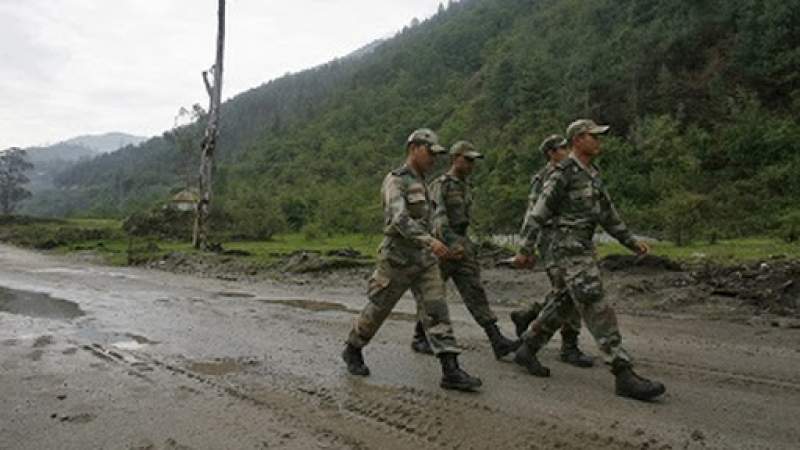 AWANTIPUR, 16 April 2020, TON: Indian Chief of Army Staff General Manoj Mukund Naravane arrived yesterday on a two-day visit to review the security situation in disputed Jammu and Kashmir State, after heavy losses to Indian forces from across the Line of Control (LoC). The Commanders gave briefing to the Indian Army Chief about the ongoing operations by the Indian Forces and heavy resistance by the Muhjahideen as well as firing from across the LoC. Commander 15 and 16 Corps were also present on the occasion. The Indian chief appreciated the operations by Indian troops against the Kashmiris insurgents and indiscriminate firing from Pakistani side.

The Indian Chief speaking on the occasion talked of a surgical strike along the LoC in end April and May to avenge the killings of 13 soldiers this years and numerous injuries. An officer working at staff duties said that Indian Army planning a big and dangerous game. The Chief received complaints on insubordination and revolt like situations from the soldiers deployed on the LoC as all sort of leave was stopped amid COVIS-19 lockdown. It was reported that suicide case have started to increase and morale of an average Indian soldier was quite low.