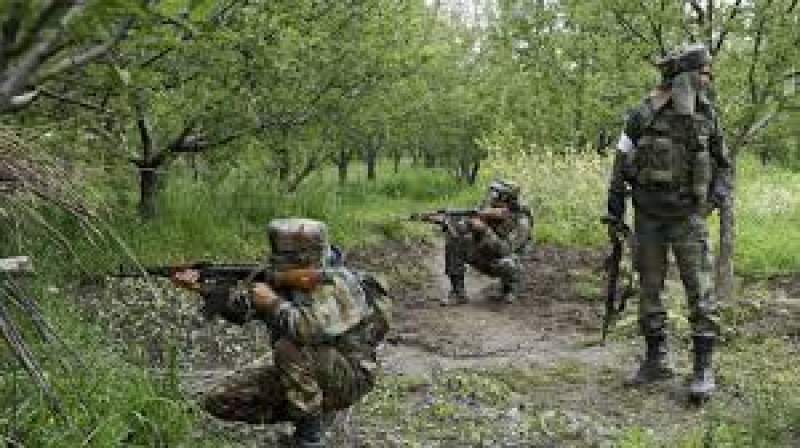 SRINAGAR, 13 May 2020, TON: Vijay Kumar, the Inspector General of Police (IGP), in a statement to media said that a total of 64 terrorists, including three top terrorist commanders -- Qari Yasir of the Jaish-e-Mohammed (JeM), Burhan Koka of the Ansar Gazwat ul Hind (AGH) and Riyaz Naikoo of the Hizbul Mujahideen. He added that 25 active militants and 125 over ground workers of the militants have been arrested this period. Highlighting the modus operandai, IGP Vijay Kumar revealed that 27 anti-terror operations were conducted by the security forces since January this year.

The Kashmiri leadership in Indian occupied disputed Jammu and Kashmir State rejected the figures give by IGP Vijay Kumar and said that India is shy in accepting 590 deaths and hundreds of arrests. They demanded the Human Right organizations and the UNO to make an assessment of the situation in the five districts of the Jammu and Kashmir where blood bath of Kashmiris is taking place.

Meanwhile, protests continued in almost all parts of Indian occupied Jammu and Kashmir over martyrdom of 590 Kashmiri youth in five districts of Jammu and Kashmir State by the Indian security forces. It is worth noting that the count has been recorded since 14 February in the five districts where Indian Army has started a reign of terror by conducted “Search and target operation”. killing so far 590 Kashmiri since 14 February 2020. The crime of all those killed have been reported by the Indian authority is that protests by Kashmiri youth provoked violent protests to create law and order situation.

India took as unconstitutional and illegitimate step of 5th August 2019, which revoked Article 370 and Article 35 A and amalgamated the disputed State with India as its Union territory. The 5th August step violated agreement between Maharaja of State and Government of India in 1947 that Jammu and Kashmir State would retain its autonomy.  This made the Kashmiri to come to the street in protest demanding their right of self determination and challenging India’s 5th Augusts’ step.

Two years back Indian authorities filed over 15,200 FIRs against stone-pelters in disputed Jammu and Kashmir State but Jammu and Kashmir Chief Minister Mehbooba Mufti under the pressure of International humanitarian organizations announced amnesty to some 4,961 stone pelters on the condition that they will have to give undertaking that they will desist stone-pelting.

The India agencies and the Indian Army have acquired the details of the 15,200 FIRs and have started operations against the Kashmiris who got free after deal. As on 10 May 2020 some 590 Kashmiri have been martyred in fake encounters and operations. An Indian military officer disclosed that these operations will continue till August 2020, to eliminate all potential protesters who may create law and order situation, adding that a new strategy would be enforced in August this year.