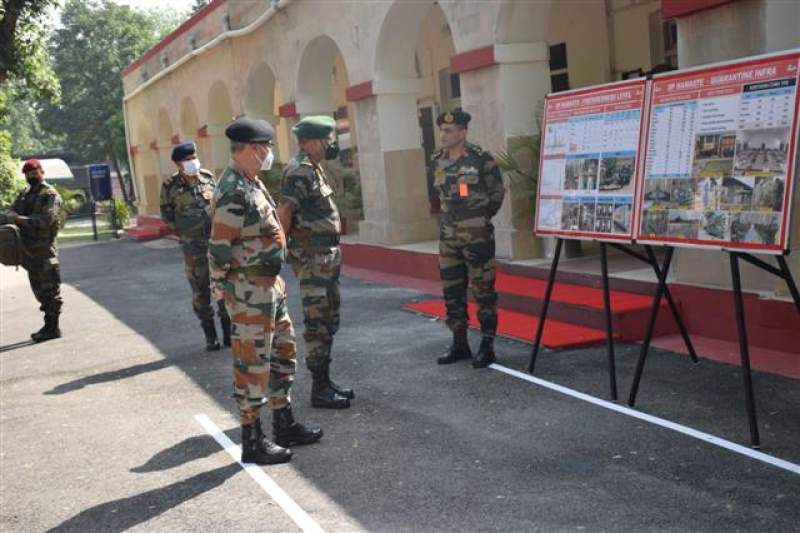 SRINAGAR, 26 May 2020, TON: The Indian occupying Army has declared 12 new “Operation Areas” where local Kashmiris have been ordered to keep themselves shut in their houses. The Commanding Officer of deployed Rashtria Rifles (RR) said that they have clear orders to shoot on site anyone who tries to peep outside from their window or door or tries to come out of their houses. Two Kashmiris were aimed inside their house by RR personnel, which caused loss to the window pane. The personnel shooting at the house claimed that Kashmiris inside the hose raised their voices on seeing Indian Army personnel and it hampered their operational ability in the areas.

Meanwhile, Indian Headquarters Norther Command claimed that they carried out search and cordon operations in villages of Baramulla, Kupwara and Sopore districts and killed 18 Kashmiris suspected of aiding militants and trying to cause obstruction in the operations against Kashmiris carried out by Indian security forces. The Brigade Headquarters displayed cache of arms and ammunition claimed to be recovered including AK-47 rifles, Chinese grenades and Grenade Launchers and walkie-talkie sets.

In another development, the respective Brigade Headquarters deployed at Indian occupied Jammu and Kashmir State gave briefing to the visiting Corps Commander on Tuesday about the progress on mining all along the Line of Control and sensitive Jungle areas adjacent to the border posts.  The PowerPoint presented by the Brigade Commander last week reflected 60 percent of mining have been completed. Sources at Headquarters Awantipur disclosed that various anti personnel mines have been issued to all battalion headquarters to plant even far away from the LoC on the forests and jungle areas to discourage Kashmiris going toward that direction. A figure of 12800 mines was quoted to have planted at various places in occupied Jammu and Kashmir state. It was reported that four civilian were seriously injured in two separate incidents when they stepped on the mines on Friday.

It has been reported that Indian Army has established migrant camps. During the last six months migrants are flocking in Indian Occupied in Jammu and Kashmir while Indian authorities have established Jammu and Ladakh Centres for rehabilitation at various locations in the self-declared Union territories. Reportedly, there is heavy construction is going on there while in some areas new structures have been erected and are being occupied.