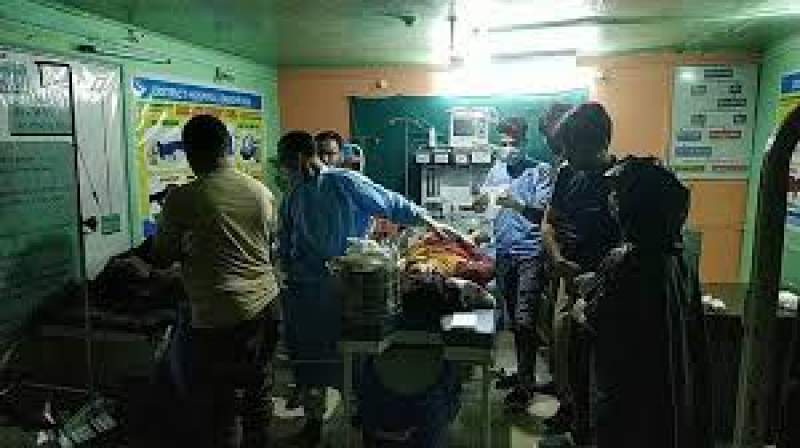 BANDIPORA, 9 July 2020, TON:    Bharatiya Janata Party former district president, Sheikh Wasim Bari along with his father Bashir Ahmad and his younger brother Sheikh Umar Bari were killed by security personnel in target killing. 10 policemen deputed on protection duties with Sheikh Wasim Bari have been arrested. All three were BJP leaders and are suspected to have been killed by Indian agencies to fail complete strike given by Kashmiri leadership from 8th to 13 July 2020. On 8th July strike call was observed by all the Kashmiris throughout Indian occupied Jammu and Kashmir, which was indication of Kashmiris resistance to Indian occupation.

As per the details, the incident took barely 10 metres from the local police station. The attack took place when all the three were sitting in their shop, located just outside their house in Muslimabad area of Bandipora. Unidentified gunmen opened fire from two directions and sprinkled bullets in their bodies. One was killed on the spot while two were seriously injured in the firing. They were immediately shifted to Sub District Hospital, Bandipora, where they succumbed to injuries.

Witnesses said that the terrorist who had covered their faces used revolvers fitted with silencers but one witnessed claimed that they were having normal talk with a group who killed them. Soon after the incident, police and security forces rushed to the spot and arrested all the 10 Police personnel deputed on protection duties of BJP leader.

In a statement attributed to top Kashmiri leader Syed Ali Geelani, he paid rich tributes to Burhan Wani for his struggle for freedom of Kashmiris and also condemned the attack on BJP leaders and expressed condolence with the aggrieved family. IGP Kashmir said in a statement that there was negligence on the part of the police personnel deputed on protection of the BJP leader as they were missing at the time of attack. Meanwhile, BJP president Jagat Prakash Nadda said that it was a cowardly attack that caused huge loss for the party.