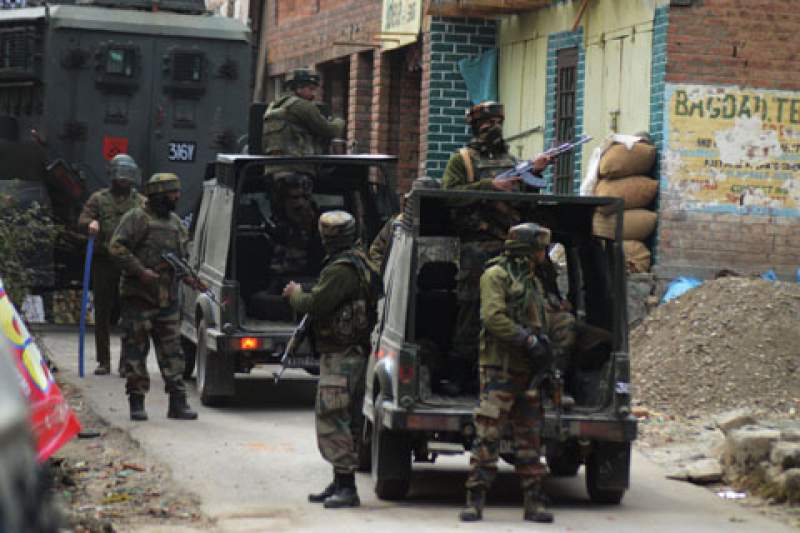 As per the details, presence of three youth in a house at Gulshanabad area of Reban village was confirmed through a Special Police Officer (SPO). The joint team carried out siege of the hose and knocked the door. As soon as the door was opened, the troops rushed in and opended indiscriminate firing, killing all the three Kashmiri youth.

Later, Police officials gave statement that in the Sopore operation they killed Police Usman belonging to Lashkar-e-Tayyiaba (LeT), who was involved in attack at Model Town Sopore in which a CRPF personnel was also killed.

IGP Kashmir Vijay Kumar in a statement said, “In the encounter, 3 militants affiliated with LeT were killed including two of them identified as Abu Rafia alias Usman and Saifullah both resident of Pakistan. Abu Rafia alias Usman was active in Kashmir since 2016. They were involved in many incidents including the recent Sopore incident on 1st July 2020 in which one CRPF Jawan and a civilian was killed.”

A local witnessed residing in Gulshanabad said that since Sunday morning whole area was sealed and no one was allowed to come out of their house. Later, there was intense firing and movement of vehicles was noticed, Media reports later reveled killing of three militants. The witness added that Indian Army and the security forces have made a rotine to kill all those who even carryout peaceful protest against Indian occupation of Jammu and Kashmir.