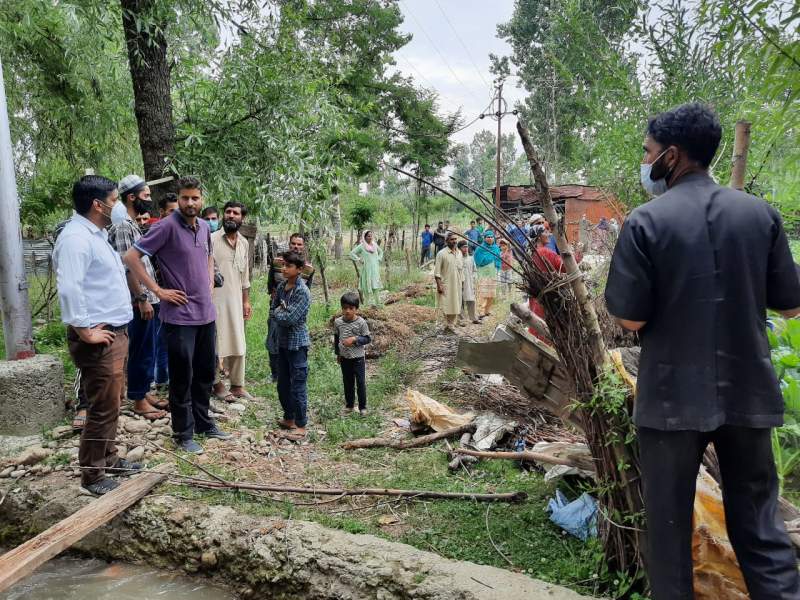 SHOPIAN, 27 July 2020, TON: As per the details, a team headed by Tehsildar, Shopian conducted the drive in Palpora, Kaprin and Rai villages of Shopian, during which 55 kanals of Kahcharia and state land were retrieved, besides 16 upcoming shops along with two complexes, that were at plinth level, were also demolished at Palpora. The witnessed said that they were the occupants of the land and doing business but their land has been forcibly taken away on the grounds that the owners were militants and their property was confiscated. It was also revealed that some of the land was actually encroached and belonged to the State which was illegally taken over illegally by some of the occupants.

Meanwhile, anti-encroachment drive in the tehsil Shopian and other districts is in the full swing and Kashmiris are being deprived from their ancestral lands. The official statement said that in the last two months more than 400 kanals of Kahcharai and state land has been retrieved from encroachers in the tehsil along with demolition of a number of structures.

The India security forces and the Police have launched side by side operations against the Kashmiris so as to avoid law and order situation due to forcibly taken away the lands from some the genuine holders. Police said, they carred out search and cordon operation in Zainapora area of Shopian district and discovered a hideout of militants which was busted. The Army troops, personnel of 44 Rashtriya Rifles   (RR) and 178 BN Central Reserve Police Force (CRPF) and Police participated in the operation.