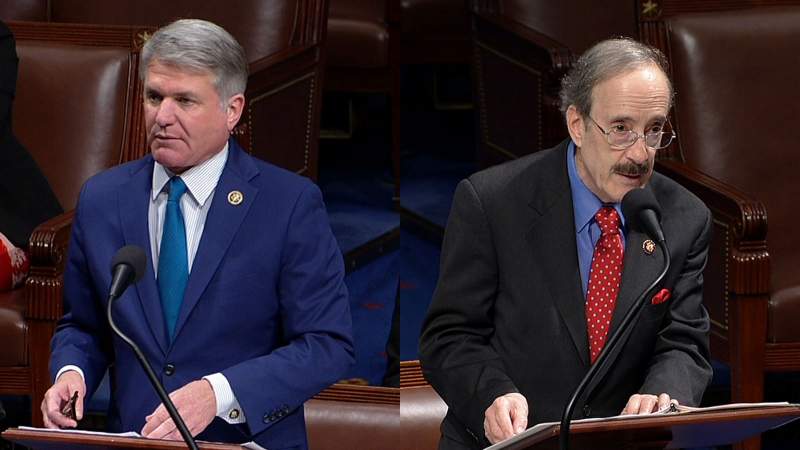 WASHINGTON, 7 August 2020, TON: A panel of the United States House of Representatives expressed concern over continued lack of normalcy in Indian occupied Jammu and Kashmir (IoJ&K) on Thursday, 6 August 2020.

The panel of the US House of Representatives; Chairman of the US House Committee on Foreign Affairs, Eliot Engel and Michael T McCaul wrote to External Affairs Minister S Jaishankar on Wednesday – a year after Prime Minister Narendra Modi’s government in New Delhi stripped off the special status of disputed Jammu and Kashmir and divided the State into two Union Territories with India.

As per the details, panel of the US House of Representatives expressed strong “bipartisan support” for the US-India relations but noted with concern that the situation in Jammu and Kashmir had not normalized, a year after the Modi Government’s 5 August  2019 move on the status of disputed Jammu and Kashmir State.

India reacting over the letter Anurag Srivastava, the spokesperson of the Ministry of External Affairs said, “There have been several positive changes in the Union Territory of Jammu and Kashmir over the past one year, be it in terms of ensuring good governance or socio-economic development or justice to the disadvantaged sections of the population” adding, New Delhi will be happy to brief the US Congress on positive changes and return of normalcy.

If we recall, Indian External Affairs Minister cancelled meeting with US Congresswoman Pramila Jayapal in December last year over her report on Kashmir. He said, “I don't think the report is fair understanding of situation in Jammu and Kashmir or fair characterization of what Government of India is doing. I have no interest in meeting her.”

Ever since the India illegitimate action of 5 August,, the disputed Jammu and Kashmir State and adjoining regions witnessed strong protests and security forces used third degree methods to control the masses. Thousands of Kashmiris were picked up from their homes and are being continuously harassed since 5 August 2019. In most of the cases there whereabouts are not know. Despite arrests and detention of thousands of people, including three politicians and people from other walk of lives, protests against the move were continued. The Kashmiris have decided that they would not sit idle and continue their peaceful struggle to acquire their right of self-determination which has been guaranteed by international law and supported by United Nations Security Council Resolutions.