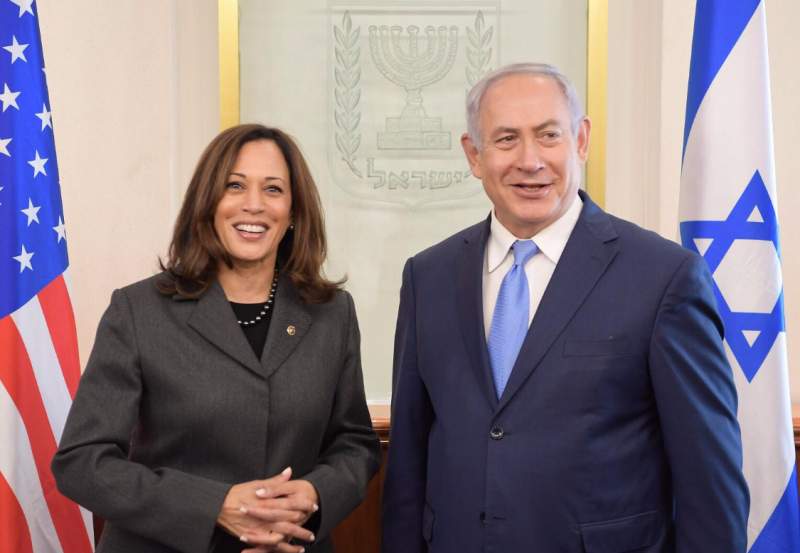 WASHINGTON, 16 August 2020, TON: Ms Kamala Harris has been nominated as Joe Biden’s vice-presidential running mate in the upcoming US presidential elections, becoming the first African-Tamil woman to be nominated for national office. New Delhi seems much upset over the nomination of Kamala Harris as Vice President who claims to be of Indian origion of Christain-Jewish faith. In her memoir, Ms Kamala Harris writes how she would visit Tamil Nadu almost every year. Indian Ministry of External Affairs said in a statement, “the government would not make any statement on the development, as it could be seen as interference in the US’s internal politics.” If we recall, PM Modi quoted US President Donald Trump’s 2016 campaign slogan “Abki baar Trump sarkar” in his speech. New Dehli is worried because Kamala Harris has remained a tough critic of India’s internal policies under Prime Minister Narendra Modi, especially Indian occupied Jammu and Kashmir. She was quoted to have repeatedly said, “We’ve to remind the Kashmiris that they’re not alone in the world”.

Interestingly, Tamil Nadu Deputy Chief Minister O. Panneerselvam had also tweeted on the announcement, calling it a “moment of pride for Indians, especially for the people of Tamil Nadu”, as Ms. Harris’s mother belonged to Chennai. Jamaican Foreign Minister Kamina Smith had wished Ms. Harris on her “historic selection” in a tweet.

Over a century and a quarter ago Swami Vivekananda delivered a speech at the first World’s Parliament of Religions where he said, “ I am proud to belong to a religion which has taught the world both tolerance and universal acceptance. We believe not only in universal toleration, but we accept all religions as true. I am proud to belong to a nation which has sheltered the persecuted and the refugees of all religions and all nations of the earth. I am proud to tell you that we have gathered in our bosom the purest remnant of the Israelites, who came to Southern India and took refuge with us in the very year in which their holy temple was shat­tered to pieces by Roman tyranny”.