Omar Abdullah has launches new book, "India Tomorrow: Conversations with the Next Generation of Political Leaders" 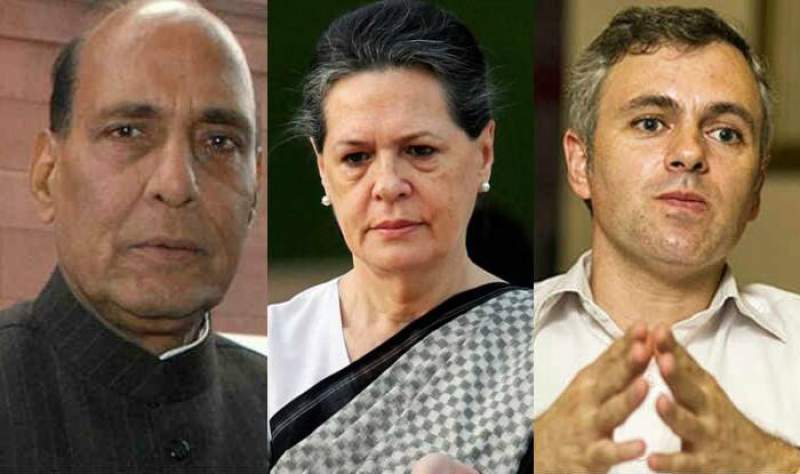 SRINAGAR, 2 September 2020, TON: National Conference leader Omar Abdullah has launched a new book, "India Tomorrow: Conversations with the Next Generation of Political Leaders". His book contains interviews of 20 of the next-generation youth politicians and highlights various aspects of Kashmiri politics. Former Indian puppet Kashmiri leaders said he was detained when the government revoked Jammu and Kashmir's special status under Article 370 and bifurcated the Jammu and Kashmir State into the union territories of Jammu and Kashmir, and Ladakh on 5 August 2019.

Responding to slogans from across the Line of Control about his book, Omar Abdullah said, “Let me make it clear that we are not anyone’s puppets, neither New Delhi’s nor of anyone across the border. We are answerable to the people of Jammu and Kashmir and will work for them.” He said, six political parties including National Conference, Congress, and the Peoples Democratic Party had on August 22 issued a statement titled “Gupkar Declaration-II” and promised to fight against the revocation of Jammu and Kashmir’s special status. The parties described the Centre’s decision to alter the region’s status under Article 370 of the Constitution as “grossly unconstitutional” and a “measure to disempowered” people of the former state.

Last week he issued a statement that criticised the Centre for revoking the special status granted to the former state of Jammu and Kashmir under Article 370 and said that New Delhi does not believe in the Constitution. He said, Peoples Democratic Party president Mehbooba Mufti, who is still under detention, was “suffering” because she did not cooperate with the Centre in the abrogation of the special status”.

Omar Abdullah who was taken into custody Indian custody on 5 August last and was charged under the Public Safety Act (PSA) in February was released on 24 March 2020, said in his book that although his 232-day detention period has made him bitter, resentful and angry but it won't change his time-tested stand that Jammu and Kashmir is an integral part of India. He writes that Jammu and Kashmir has been treated very, very badly and every single promise made has been broken.

Omar Abdullah in October 2019, issued a statement that he was pressurized during detention that if he signed a bond pledging silence “for the foreseeable future” on all developments in the state, he would be released immediately. Media reported his statement, “the magistrate came with his rubber stamp and his pen, assuming that i would sign it quite happily and run away. And he gave me the bond and said you sign this and you can leave, and the bond says that I will remain silent on all developments in J&K subsequent to August 5, 2019 for the foreseeable future. Which is basically tantamount to saying I will no longer be a politician. I said no, I am not going to sign this bond because to sign it silences me for the future.”