India Signs MLSA with Japan to keep an eye on China 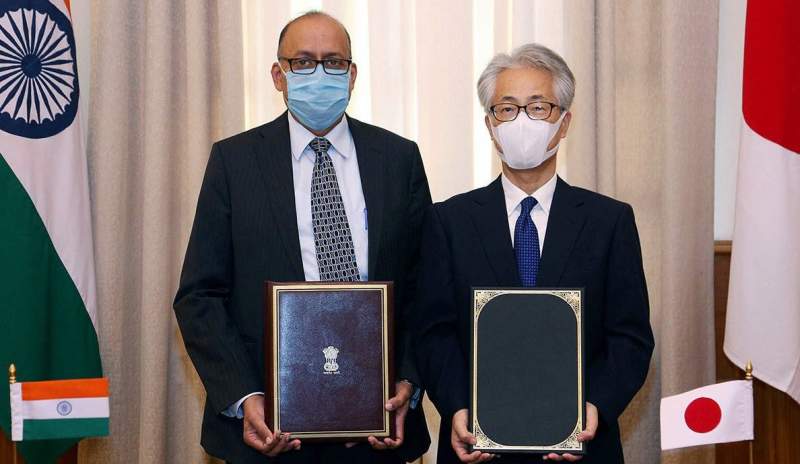 NEW DELHI, 10 September 2020, TON: India has signed a mutual logistics support arrangement (MLSA) with Japan to keep an eye on China’s expansionist behavior in the Indo-Pacific and beyond. The defense secretary of India Ajay Kumar and Japanese ambassador Suzuki Satoshi signed the agreement.

The officials said, “This agreement will provide the closer framework of interoperability, cooperation, and use of each other’s military force through the armed forces of both the countries.”

Moreover, the defense ministry spokesperson said “The agreement established the enabling framework for closer cooperation between the armed forces of India and Japan in the reciprocal provision of supplies and services while engaged in bilateral training activities.

Before the agreement with Japan, India has signed similar agreements with various countries that include France, the US, Singapore, Australia, and South Korea.

In 2018, India has signed an agreement with France that allows the Indian Navy’s reach in south-western IOR due to the French bases in the Reunion Island near Djibouti and Madagascar on the horn of Africa.

India signed the agreement with the US back in 2016; it was an agreement of the Logistics Exchange Memorandum of Agreement (LEMOA). This agreement allows India to refuel and access American bases in Guam, Diego Garcia, Djibouti, and Subic Bay.

The agreement with Australia allows India to reach the warships in southern IOP as well as the Western Pacific region. Similarly, India has signed agreements with other countries to get access to various bases in time of need.

On the other hand, it is claimed that China has an access to Pakistani port of Gwadar to harbor its warships and submarines. Moreover, China has also military access to strategic port of Hambantota as well as other bases in various other countries.