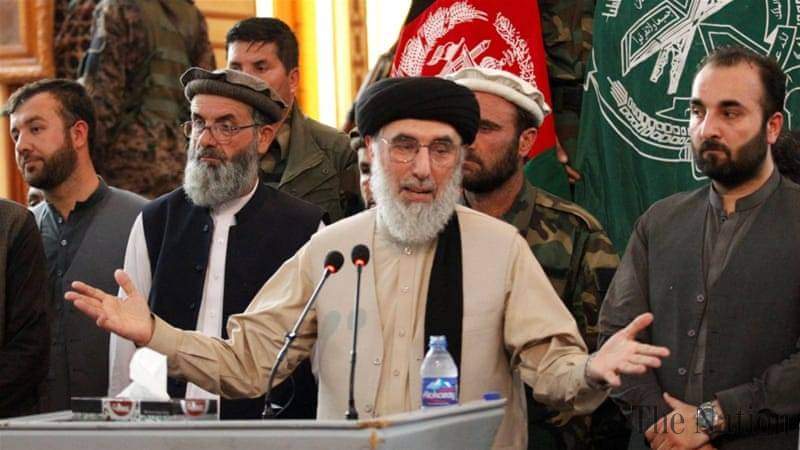 KABUL, 21 September 2020, (Nation): Gulbuddin Hekmatyar, veteran Afghan mujahideen leader and head of the Hezb-e-Islami party, has expressed his willingness to form an alliance with the Taliban in Afghanistan.

“Hezb-e-Islami is ready for direct talks with the Taliban, as well as for partnership and cooperation. We believe that if these two groups join hands, the crisis in Afghanistan will end soon and no force will be able to stand against it,” he told supporters at the party’s headquarters in the capital Kabul on Saturday.

“When the first round of talks between Kabul [the Afghan government] and the Taliban is completed, we are ready for the Hezb-e-Islami and the Taliban to start talks. The decision now rests with the Taliban.”

The Taliban, engaged in landmark direct talks with the Afghan government since last Saturday, is yet to comment on the offer.

Hekmatyar asserted that the Afghan government was “weak and divided,” while the Taliban and Hezb-e-Islami “share mutual beliefs, values, and ideology.”

Pakistan reports 633 coronavirus in one day

Earlier this month, he said the US had realized that its presence in Afghanistan had resulted in nothing but financial and human losses.

“They [Americans] want a deal with the Taliban – implemented soon and without delay – and the Kabul government has also been told that the agreement will be implemented [even if they oppose it],” he said.

Hekmatyar claimed the Afghan government was looking to delay the peace process until November’s US presidential election.

On the role of other regional countries, he said India, due to its rivalry with Pakistan, was dissatisfied with the peace push and had started supporting local militias to act as spoilers.

“China and Pakistan have a common and coordinated position on Afghanistan, not only do they support the peace process, rather they see it as beneficial to their regional interests, especially if it leads to a reduction in India’s presence in Afghanistan,” he said.