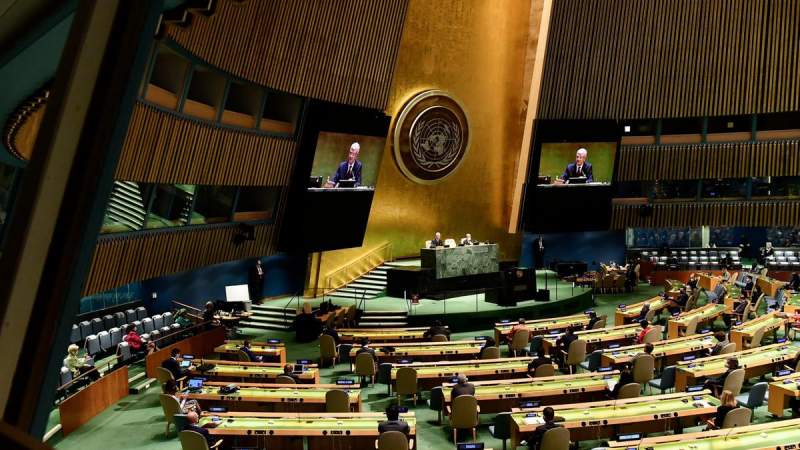 ISLAMABAD, 26 September, 2020, (TON): Pakistan’s Prime Minister Imran khan addressed 75th session of United Nations General Assembly via video link. PM Imran khan stressed on many important issues faced by the world today which are serious threat to peace and stability of the world. Imran Khan primarily focused on Indian occupied kashimir, RSS policies in India, Fascist Modi regime and Islamophobia across the world. PM Imran Khan spoke about the massacre of 2000 muslims in Gujrat under Modi’s government and the attempt to destroy Babri Masjid by RSS.  Moreover he talked about discriminatory policies for Muslims in India  and said that India is playing a dangerous game.

PM Imran Khan reminded the world that “Changing the demographic structure of an occupied territory is a war crime” and there will be no durable peace and stability in South Asia until Jammu and Kashmir dispute is resolved on the basis of international legitimacy”. He also warned India by saying that Kashmir has been rightly discussed as “nuclear flash point” and added that “The government of Pakistan is committed to stand by its Kashmiri brothers and sisters in their legitimate struggle for self-determination". PM Imran Khan gave clear stance on Kashmir dispute and called on international community to come together for peace and harmony.

PM praises Pakistan’s smart lockdown policy on COVID-19. Moreover he talked about Afghan Peace Negotiations (APN), which should take place with no intrusion. He also talked about the plan to combat climate change by planting trees in next three years and concluded his speech by calling a peaceful resolution of conflict.