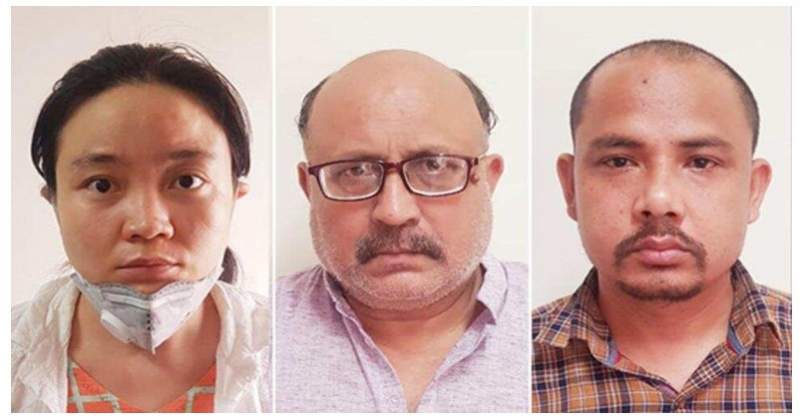 It was informed by DCP Special Cell Sanjeev Yadav that Police's Special Cell arrested Rajeev Sharma (age 61 years) on 14 September, for his alleged links with Chinese intelligence. Police has recorded statement before the Magistrate, “During a search of Rajeev Sharma’s house in Pitampura locality, a laptop, some confidential documents related to Indian defence and some other incriminating papers were reportedly seized.”

Meanwhile, Indian Military Intelligence (MI) took all the three into their custody and started interrogation. As per the MI disclosure, “He has been booked under Official Secret Act and on interrogation, Rajeev Sharma has confessed his involvement in the procurement of secret and sensitive information for his Chinese handlers Michael and George, based in Kunming, China. It was added that timely action by Indian MI prevented Rajeev Sharma from sending the recovered documents to his handlers in China.

Advocate Adish Aggarwala, who is pleading Rajeev Sharma case challenged the MI disclosure and claimed that his client is innocent and is being harassed through third degree methods to make confessions.  Press Club of India expressed shock and demanded that his immediate release.

Rajeev Sharma is supporter of Prime Minister Narendra Modi and is of the opinion that Modi’s government should not miss the opportunity to launch a frontal attack on Pakistan over the spontaneous violence that gripped all 10 districts of Pakistan-administered Kashmir. One of the MI officer, posted at Detachment in Ladakh claimed that now India has a chance to blackmail both China and Nepal.