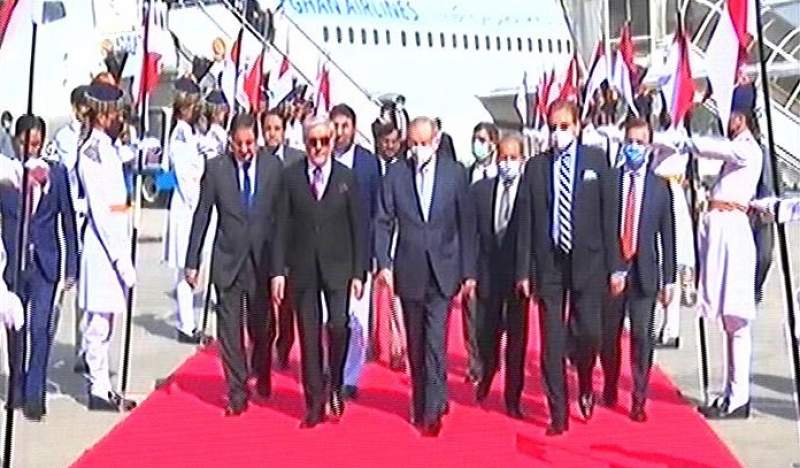 In a statement issued here, Abdullah Abdullah said that both sides will have unique opportunity to exchange views on Afghanistan peace talks in Doha and develop bilateral relations.

Meanwhile, Pakistan's Prime Minister Imran Khan in an op-ed published in the Washington Post said that peace is within reach in Afghanistan, but a hasty withdrawal of foreign forces will be unwise.  Pakistani Prime Minister said, “All those who have invested in the Afghan peace process should resist the temptation for setting unrealistic timelines. A hasty international withdrawal from Afghanistan would be unwise. We should also guard against regional spoilers who are not invested in peace and see instability in Afghanistan as advantageous for their own geopolitical ends.”

The statement of Prime Minister Imran Khan witnessed some criticism from Afghan elements who were adamant that there should be no further delay in announcement of political solution of Afghanistan. Meanwhile, certain stakeholders, who pretended to be factions of Afghan Taliban engaged Afghan security forces and carried attacks in 24 provinces of the country over the past 24 hours, as per the statement of Afghan Ministry of Defense. Representative of the Defence Ministry added, Nangarhar, Kunar, Laghman, Nuristan, Kapisa, Maidan Wardak, Ghazni, Logar, Paktia, Paktika, Khost, Kandahar, Zabul, Herat, Farah, Badghis, Ghor, Faryab, Sar-e-Pul, Balkh, Helmand, Kunduz, Badakhshan and Baghlan are among the provinces which saw security incidents and attacks.