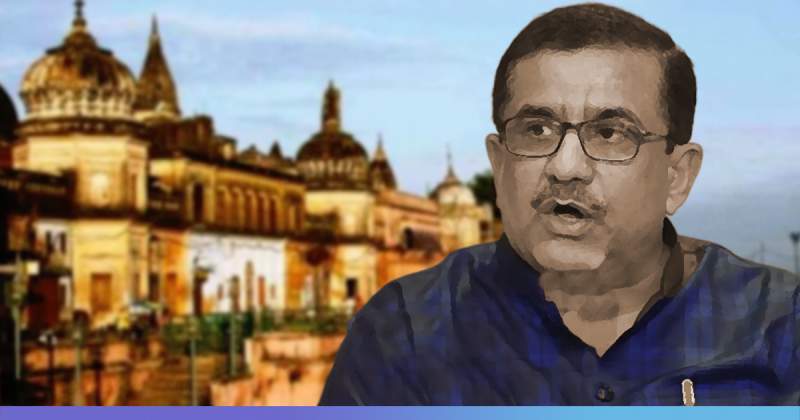 LUCKNOW, 29 September 2020, (TON): Former chairman of Shia Waqf Board, Wasim Rizvi, who remained at the position for decade, has urged Prime Minister Narendra Modi to scrap the Places of Worship Act, 1991 and said that it had been brought in by the then Congress government to appease the Muslims.

Rizvi has also suggested that temples demolished by Mughal emperors should be rebuilt and mosques which stand there should be removed.

In a letter to Prime Minister Narendra Modi, Wasim Rizvi has urged that the Places of Worship (Special Provisions) Act, 1991, should be immediately abrogated.

Wasim Rizvi’s letter comes in the wake a petition filed in a Mathura court, seeking ‘liberation’ of the Krishna Janmabhoomi. He said in a statement, “I urge you to scrap the Places of Worship Act, 1991, brought by the then Congress government to appease some Muslim organizations and violate the rights of the Hindus. Please bring in laws or set up a high-level committee to mediate and remove these mosques and rebuild the ancient temples where they stood before being demolished by the Mughal emperors.” Naming Ram Janmabhoomi in Ayodhya, Krishna Janmabhoomi in Mathura, and Kashi Vishwanath temple in Varanasi among the prominent ancient temples and others he said, “We live in a democratic country. We cannot undo the exploitation by the Mughal emperors, but giving back the religious belongings will be justice to the Hindus of the country.”

If we recall on 14 November 2019, chairman of Shia Waqf Board, Wasim Rizvi announced that  he is donating Rs 51,000 for the construction of a Ram Temple at the site of Babri Masjid temple in Ayodhya. In April 2020, Wasim Rizvi called for a ban on Tablighi Jamaat organisation and case registered against Tablighi Jamaat chief Maulana Saad as Nizamuddin congregation was a terror act.

In the past, the BJP government allowed Prayagraj police sanction to prosecute Wasim Rizvi in a 2016 case in which he was booked for promoting enmity; the case pertains to alleged illegal construction done at Imam Bara. Accordingly, in October 2019, the state government asked CBI probe into two cases lodged against Wasim Rizvi and four others in Prayagraj Lucknow for  illegal construction done at Imam Bara.