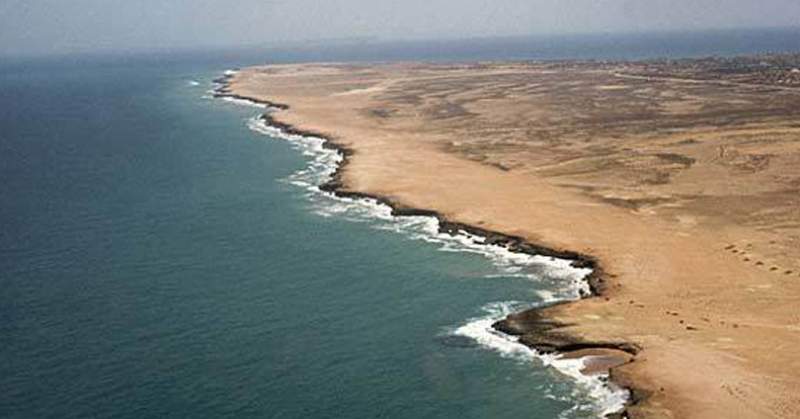 On 29 August 1996, the Government of Pakistan published notification in theGazette of Pakistanwhich included a listing of geographic coordinates defining the straight baselines for Pakistan. From these straight baselines Pakistan will measure the breadth of its territorial sea, contiguous zone, exclusive economic zone, and continental shelf. These baselines are claimed by authorization given in the 1976 Pakistan law on Territorial Waters and Maritime Zones Act.

Pakistan claim is based on the United Nations Convention on the Law of the Sea (LOS Convention)whichreflects customary international law for the principles that underlie the proper and legal establishment of baselines. The purpose of authorizing the use of straight baselines is to allow the coastal State, at its discretion, to enclose those waters which have, as a result of their close interrelationship with the land, the character of internal waters. According to the LOS Convention, "the sea areas lying within the lines must be sufficiently closely linked to the land domain to be subject to the regime of internal waters".

It is interesting to note that proper straight baselines usually have a number of segments each composed of several legsin which the length of individual legs is short and the baseline is rarely more than 24 nautical miles from an exposed coast. Pakistan's coastline does not meet either of the two LOS Convention geographic conditions required for applying straight baselines. And, for the most part, the waters enclosed by the new straight baseline system do not have the close relationship with the land, but rather reflect the characteristics of the territorial sea or high seas. In these areas it would be appropriate to use the normal baseline, the low-water mark. Neither theLOS Convention nor the Convention on the Territorial Sea and the Contiguous Zone place a specific distance limit on the length of a straight baseline. However, several analysis have suggested limits ranging from24 to 48 miles. The position of the United States is that as a general rule baseline segments should not exceed 24 miles. It is difficult to envision a situation where international waters (beyond 12 miles from the appropriate low-water line) could be somehow 'sufficiently closely linked' as to be subject to conversion to internal waters.

Iran terminates on the coast to Sonmiani Bay, just north of Karachi, Pakistan's coast extends in a general west to east direction for about 250 miles. From this bay to the Pakistan-India land boundary terminus, the general direction of the coast is northwest -southeast, for a distance of approximately 140 miles. While there are several locations along the coast where river or bay closing lines may be drawn -- along the many creeks of the Indus River system. The coastline itself generally is relatively smooth and void of deep indentions. There are no areas off the Pakistani coast that could be characterized as "fringed with islands".

The Gazette of Pakistan defining the straight baselines for Pakistan. From the straight baselines Pakistan will measure the breadth of its territorial sea, contiguous zone, exclusive economic zone, and continental shelf. In August 1996 publication represents the first claim made by Pakistan for straight baselines. In addition, on September 9, 1996, the Pakistan Foreign Ministry published a statement in Islamabad on the same subject but Pakistan's coastline does not meet either of the two LOS Convention geographic conditions required for applying straight baselines.As straight baseline are a system of straight lines joining specified or discrete points on the low water line.This implication guarantees the right of innocent passage in areas converted to internal waters by straight baselines. Innocent passage is a concept in the law of the sea that allows for the vessel to pass through the territorial water of another state. Thus, for thevast majority of the Pakistani coastline, the low-water line would be the appropriate baseline. There are many areas where bay and river closing lines could be employed. Only in a couple of local areas could straight baselines be justified.

The waters within the aforesaid straight baselines shall form the internal waters of Pakistan. This was part of the process of delimiting the maritime boundaries with countries with adjacent (India and Iran) and opposite (Oman) coasts. It was essential for Pakistan to first establish the baseline as all the zones of sovereignty and national jurisdictions shall be measured from the baseline to be established by Pakistanof the territorial Waters and Maritime Zones Act 1976.

India fell into the category of countries whose claims had been challenged “multiple times” for the “excessive claim” of requiring countries to seek prior consent for military exercises and maneuver’s in its exclusive economic zone (EEZ). The US began formally protesting India’s position in 1976 and fitfully thereafter, but the “operational challenges” have been a feature since 2008. What the Indian Navy did in response to this is unclear. In ratifying the United Nations Convention on the Law of the Seas (UNCLOS), New Delhi had declared that in its understanding the treaty did not authorize other states to carry out military exercises on its EEZ without India’s permission.

Since, The government of India has said little or nothing about this, is that it challenges India’s stance that the US Navy cannot conduct exercises within the Indian EEZ without India’s permission, since the whole idea is to cock a snook at New Delhi’s “excessive claims”.

This is somewhat puzzling since India and the US are also the best of the friends, and conduct a lot of military exercises together, such as the well-known Malabar exercise. In recent months, we have also come to know that the two sides were readying to conduct joint patrols, although the Indian defense minister subsequently clarified that it would not happen ‘for now’. The obvious question would be whether we could be a party to military exercises without the permission in an EEZ of a coastal State elsewhere, when we object to other states doing so in our EEZ.

The relation between Pakistan and Iran, dates back to the early stages of Pakistan independence in 1947. These two neighbours in the South Asia exploited their natural resources and located in Indian Ocean Region to foster unity in the region and sub-region, essentially for the attainment of their natural interests. However, convergence and divergence of interests affected the cordial relation between Pakistan and Iran. These concerns were broadly categorized as economic, political defence imperatives. The changing international environment where a nation’s geographical boundary was no longer a restriction to international trade has necessitated the need for Pakistan and Iran to improve their relations in order for the benefit for the international system. Pakistan straight baseline will help to develop good relation with coastline state.

As Indian’s relationship with Iran has been uneven owing to external factors that’s a positive point for Pakistan.

The purpose of authorizing the use of straight baselines is to allow the coastal State, at its discretion, to enclose those waters which, as a result of their close interrelationship with the land, have the character of internal waters. By using straight baselines, a State may also eliminate complex patterns, including enclaves, in its territorial sea, that would otherwise result from the use of normal baselines.I6 Properly drawn straight baselines do not result in extending the limits of the territorial sea significantly seaward from those that would result from the use of normal baselines With the advent of the exclusive economic zone (EEZ), the original reason for straight baselines (protection of coastal fishing interests) has all but disappeared. Their use in a manner that prejudices international navigation, overflight, and communications interests runs counter to the thrust of the Convention's strong protection of these interests. In light of the modernization of the law of the sea in the Convention, it is reasonable to conclude that, as the Convention states, straight baselines are not normal baselines, should be used sparingly, and, where used, should be drawn conservatively to reflect the one rationale for their use that is consistent with the Convention, namely the simplification and rationalization of the measurement of the territorial sea and other maritime zones off highly irregular coasts.

The case for extension in maritime boundaries was presented in UN on 10 March 2015, UN Maritime Commission accepted the claim of Pakistan regarding rise in its territorial waters. With approval of UN, Pakistan’s sea boundaries have gone beyond 200 nautical miles, reaching to 350 nautical miles while making Pakistan the first country in the region whose sea limits has increased.