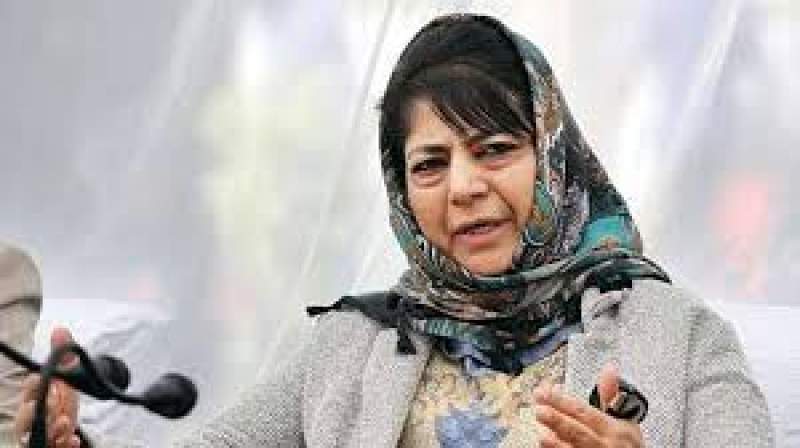 SRINAGAR, 14 October, 2020, (TON): Former Chief Minister and President of People’s Democratic Party (PDP) Mehbooba Mufti has been released after a deal with the Indian government at New Delhi. She was under arrest for more than 14 months since Jammu and Kashmir loses its special status and divided into two Union territories.  On 13 October, Jammu and Kashmir administration revoked the Public Safety Act (PSA) and detention of Mehbooba Mufti. Before shifting to official residence, which was later converted into sub-jail Mehbooba Mufti was lodged in two separate sub-jails in Srinagar.

PDP spokesman immediately after the release of Ms. Mufti said “she will address a press conference in Srinagar on 16 October. Ms. Mufti has not issued any statement since her arrest in 2019 as she was the last of the senior leaders under detention in Kashmir”. Official twitter account of Ms. Mufti was handled by her daughter Iltija Mufti.

Ms. Mufti is amongst the top regional leaders of J&K who advocates a joint struggle for return of J&K’s special status under the Gupkar Declaration, which is supported by seven regional parties, including the NC, the Peoples Conference and the Congress.

After the abrogation of Article 370 and 35a in August 2019 more than 40 mainstream leaders were detained by Indian government including Chief Ministers Farooq Abdullah, Omar Abdullah, Sajad Gani, Mehbooba Mufti and other leaders.

India has detained thousands of Kashmiri citizens as well as Kashmiri top leaders. However detentions of top leaders by India government were a move of political disempowerment in the region. The law of Public Safety Act, that has been termed by critics as “draconian” allows Indian authorities to detain people for up to two years without trial.

According to one estimate by the UN, more than 15,000 Kashmiri’s were arrested soon after the special status of Kashmir was revoked by the Indian Parliament.