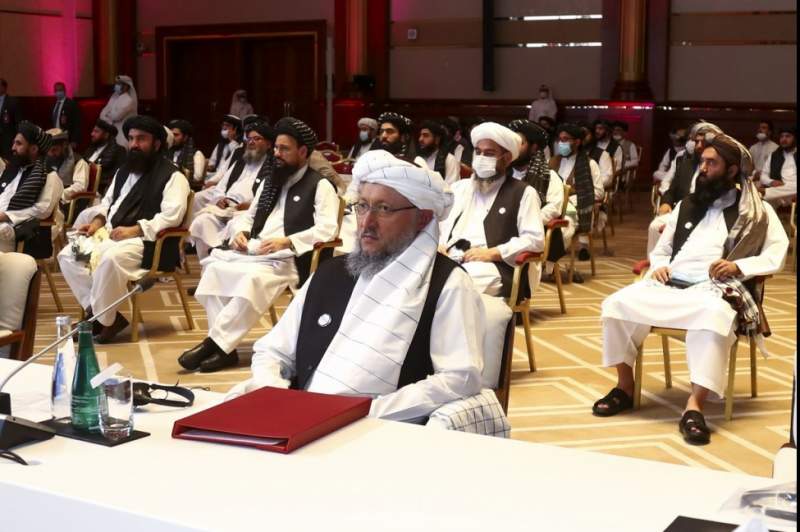 DOHA, 15 October, 2020, (TON): Nader Nadery, a delegate from the republic’s side said General meeting of chiefs and delegates from both sides Taliban and Islamic Republic of Afghanistan held on Wednesday evening.

In the meeting discussions over resolving dispute issues were held and it was decide that contact group from both sides should provide solutions to the disputed issues in next to no time.

Mohammad Naeem, Taliban spokesperson in Doha confirmed a general session was held tonight between both teams. He said contested points were discussed and contact groups were instructed to resolve the dispute. The agenda will be discussed next, he said.

Member of the republic’s negotiating team Fawzia Koofi said “We need to accelerate the negotiation process in view of the plight of the Afghan people, every day the people are sacrificed”.

Sources say that one of the suggestions was not to discuss about the controversial procedural rules and discuss them in the next phase of the meeting. One suggestion was to add US Security Council Resolution to the talks all along with the US-Taliban deal to be part of the framework of the discussions. Taliban insisted that the intra-Afghan talks will not have significance without taking into consideration US- Taliban peace deal as the main agreement.

Both the sides have agreed on 18 out of 20 articles for the procedural rules, but two main articles about the religious basis for the talks and connection of the US-Taliban deal with the negotiations remain unsolved. Afghan Republic’s team has rejected Taliban’s demand and suggested some alternative.

Peace negotiations started on September 12th between Taliban and Islamic Republic of Afghanistan however, up to now no direct talks have been started because of disagreements on rules for procedure.