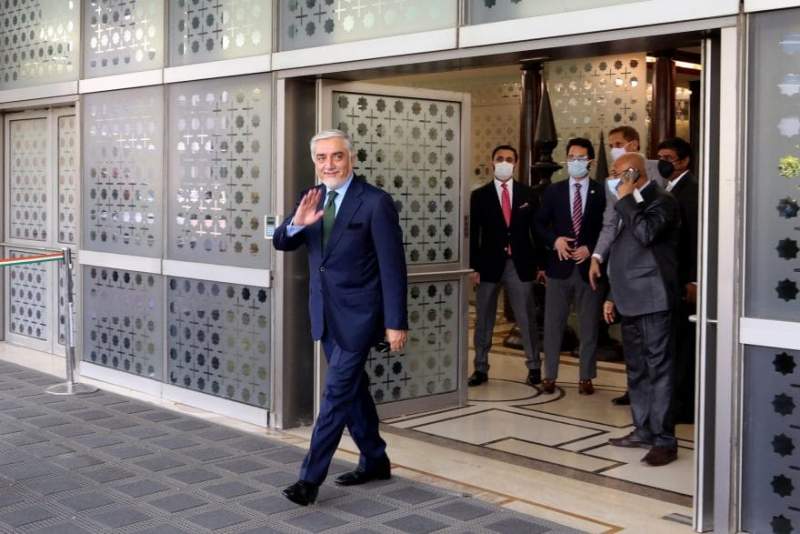 TEHRAN, 18 October 2020, (TON): Abdullah Abdullah, the chairman of the High Council for National Reconciliation, is due to arrive Tehran today on a three-day visit to discuss the Afghan peace process. His visit was confirmed by senior adviser Mujiburrahman Rahimi.

Abdullah Abdullah is scheduled to hold meeting with Iranian Foreign Minister Mohammad Javad Zarif and other Iranian top officials to discuss the latest situation arising from signals from Washington. Both sides are to discuss ongoing peace negotiations between delegates from the Islamic Republic of Afghanistan and the Taliban and possible role of Iran in seeking guarantees to resist Taliban in Afghanistan and Pakistan.

Sources in Tehran says that Abdullah Abdullah along with other Afghan officials including members of the High Council for National Reconciliation, Ministry of Foreign Affairs as well as Afghan National Assembly will have meeting with President Hassan Rouhani, and other top Iranian leadership on Monday.

If we recall, Abdullah said this Friday on the occasion of second death anniversary of former Kandahar police chief General Abdul Raziq that a return of the Taliban is unacceptable to Afghans under any circumstances as it will continue the war in Afghanistan. In his visit to Pakistan, he was successful in assuring many guarantees while India visit early this month was even more successful.