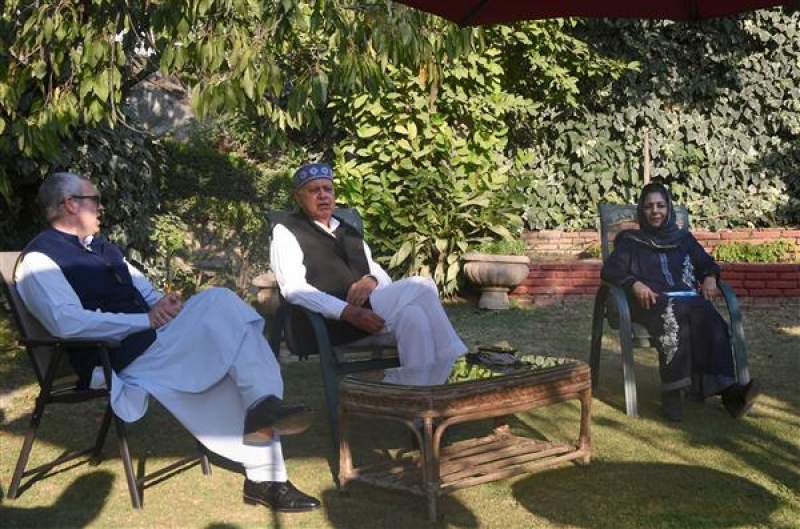 SRINAGAR, 19 October, 2020, (TON): Jammu and Kashmir local political parties have asked in unison for restoration of August 4, 2019 position with Articles 370 and 35-A to well in their true spirit. Local political parties have rejected the assertions of Indian Home Minister Amit Shah about Indian illegally occupied Jammu and Kashmir (IIOJK) status.

Justice (retired) Hasnain Masoodi, Jammu and Kashmir National Conference leader reacted to the Amit Shah’s statement and said “Statehood is meaningless for us. Indian government should first restore the Pre-August 5 position. They have unilaterally eroded the special status of J&K which was very unconstitutional step by India. National Conference will fight for the restoration of pre August 5 position.” He added that “National Conference believed that IIOJK had internal and external dimensions. It sought pre 1953 position and pitched for talks to address what it called external dimension”.

J&K Congress Chief Ghulam Ahmed Mir said that “Amit Shah should also remember his lack of development as ground on which he divided the territory. From last 14 months, nothing is happening on the ground. People of all faiths and regions are angry over the decision”.

“Indian government should restore the pre August 5, 2019 position. They should first conduct assembly elections and then there will be debate in assembly and people will decide what they want,” he added.

While addressing a party meeting in Srinagar Peoples Democratic Front (PDF) Chairman Hakim Mohammad Yasin said that “Restoration of statehood without Article 370 and 35-A) would be meaningless. It is not the case of mere statehood but restoration of Article 370 and Article 35-A is must as special status is the political identity of Jammu and Kashmir”.

Despite the political unison in IIOJ&K, oppression of Indian occupation forces continues to make the life of Kashmiris miserable. Indifference of international community is neither tenable nor understandable.