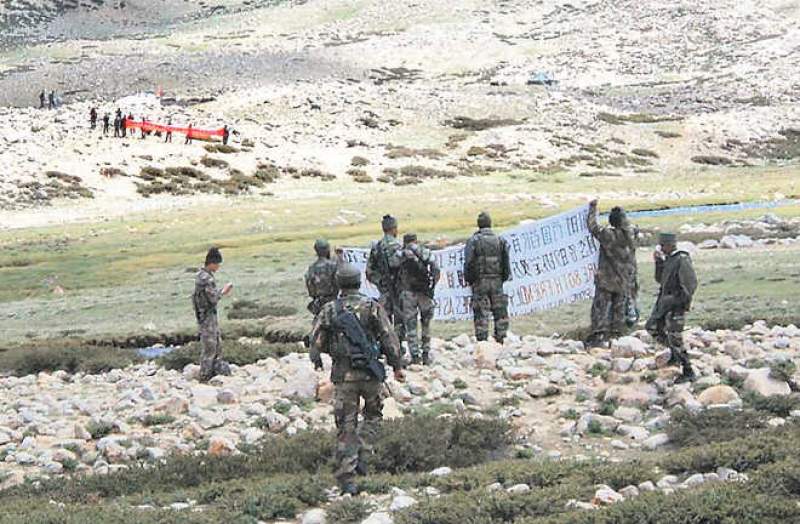 LADAKH, 19 October, 2020, (TON):  The Indian army claims that it has apprehended a Chinese soldier after he strayed across a contested de facto border in the western Himalayan region where both countries have amassed thousands of troops following a deadly clash in June.

The Indian army said in a statement on Monday that the People’s Liberation Army (PLA) soldier was captured in the Demchok area of eastern Ladakh and would be returned after the completion of formalities.”

“The PLA soldier has been provided medical assistance including oxygen, food and warm clothes to protect him from the vagaries of extreme altitude and harsh climatic conditions,” the statement said.

However the PLA did not issued a statement about the matter.

The troops of China and India are killing each other in hand-to-hand combat and firing shots in the air. Both nuclear-armed neighbors are locked in a months-long border confrontation in the Ladakh region. The standoff began in May and escalated in June to the deadliest violence between the two sides in decades.

Twenty Indian soldiers were killed and dozens of others injured on the other hand China has not given any details about any casualties in the region.

After that clash, the two countries partially disengaged from the site in Ladakh’s Galwan Valley and at least two other places, but the crisis has continued in at least three other areas, including the glacial Pangong Lake.

The world’s two nuclear-armed nations accused each other of sending soldiers into each other’s territory in the Pangong area and firing warning shots for the first time in 45 years, raising the spectre of a full-scale military conflict.