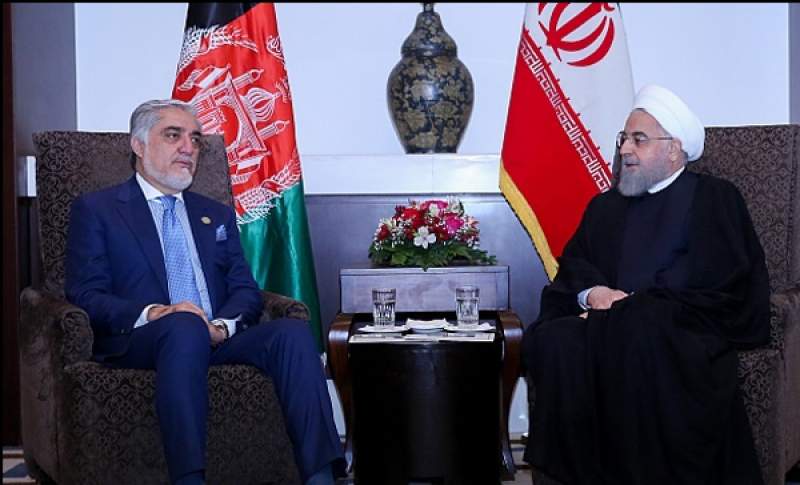 According to the statement issued by Abdullah’s office at Kabul, the meeting took place on Monday and was quite successful in meeting the objectives.  President Rouhani assured implementation of joint economic plans between the two countries, already signed in the past. Abdullah Abdullah appreciated the Iranian continuous principle stance, supporting the Afghan peace efforts.