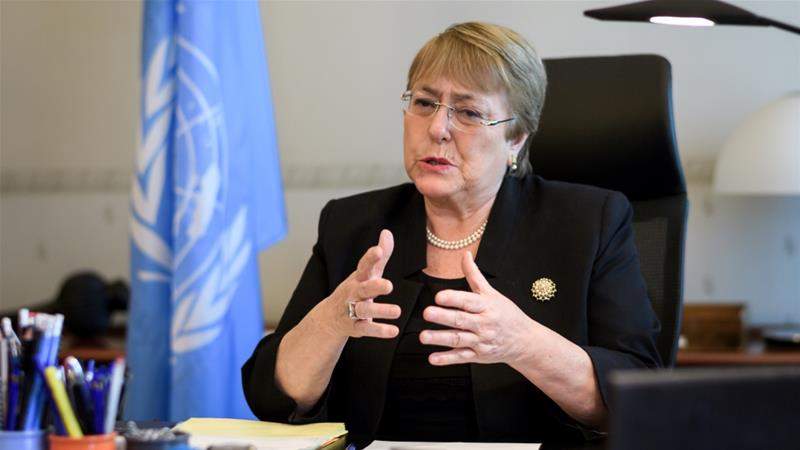 NEW DELHI, 21 October 2020, (Foreign Media): UN High Commissioner for Human Rights, Michelle Bachelet on Tuesday expressed concern over the restrictions on foreign funding for the Non-Governmental Organizations (NGOs) in India and the arrest of activists in the country.

“India has long had a strong civil society, which has been at the forefront of groundbreaking human rights advocacy within the country and globally,” she said in a statement. “But I am concerned that vaguely defined laws are increasingly being used to stifle these voices.”

Bachelet specifically cited as “worrying” the use of the Foreign Contribution Regulation Act (FCRA), which prohibits the receipt of foreign funds “for any activities prejudicial to the public interest.”

“I am concerned that such actions based on the grounds of vaguely defined ‘public interest’ leave this law open to abuse, and that it is indeed actually being used to deter or punish NGOs for human rights reporting and advocacy that the authorities perceive as critical in nature,” she said.

Bachelet said activists and human rights defenders have also “come under mounting pressure in recent months, particularly because of their engagement in mass protests against the Citizenship Amendment Act that took place across the country earlier this year.”