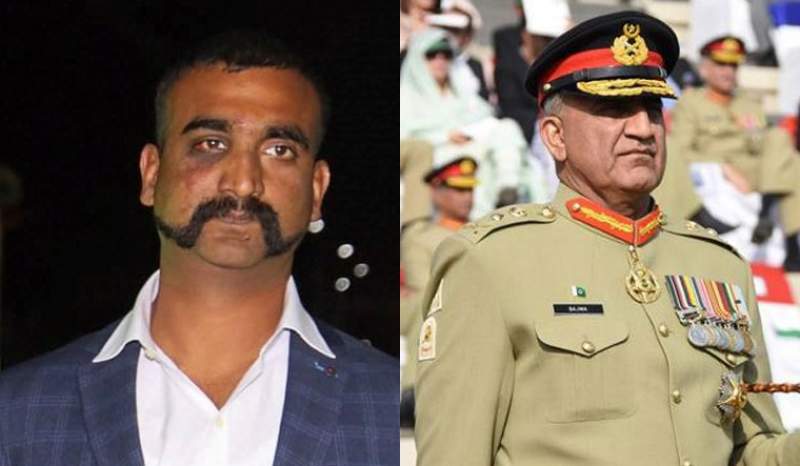 Indian media has quoted proceedings of session of Pakistan’s Parliament, in which Pakistan Muslim League-N leader Ayaz Sadiq during speech in the National Assembly on 28 October 2020 said, "I remember Shah Mahmood Qureshi was in the meeting in which Imran Khan had refused to attend and Chief of Army Staff General Bajwa came into the room, his legs were shaking and he was perspiring. Foreign Minister said for God's sake let Abhinandan go, India's about to attack Pakistan at 9 pm."

Indian media channels and social media platforms have started a new wave of black propaganda against the Pakistan Armed Forces, especially Pakistan’s Chief of Army Staff. As per the details, Indian media including NDTV, Times of India have started a new campaign to malign Pakistan Army in which Pakistan compliance to the International law and Statues have been projected as Pakistan’s cowardice. If we recall, Pakistan shot down Indian fighter aircraft on 26 February 2019, and arrested an Indian pilot alive, identified as Wing Commander Abhinandan Varthaman of Indian Air Force. Under the Geneva Convention, Pakistan returned the pilot to India through Wagah border.

Armed Forces of Pakistan are one of the best in the world and Pakistan acted as a responsible member of United Nations Organization by complying with the United Nations Resolutions and other International Conventions and Statues.  However, the Indian media is playing obnoxious role against Pakistan’s compliance with International obligations. There can be no doubt that Pakistan’s gesture in freeing an apprehended Indian pilot should have been admired and respected. If we peep into the reasons behind Wing Commander Abhinandan Varthaman’s release, everyone would appreciate that he was a serving officer of Indian Air Forces and was dealt according to the rules of Geneva Convention as well as in Additional Protocol I of 1977. The rules provide that POWs cannot be prosecuted for taking a direct part in hostilities and must be released and repatriated without delay after the end of hostilities. It is quite clear that the detaining power may prosecute them for possible war crimes, but not for acts of violence that are lawful       under law.

Regarding the live telecast and coverage by Indian media, Pakistan Parliamentary rules for the National Assembly and Senate provide that it is the responsibility of the Speaker to stop the live broadcasting of the session, whenever there is an issue that may create embarrassment for the country watching MNAs agitating over an emergent issue. In India both the Houses of Parliament, broadcast and telecast is through Lok Sabha TV, owned by the Lok Sabha itself. All open sittings are telecast live from the House throughout the period of business. Live telecast is stopped whenever the House adjourns or when the presiding officer orders the cameras to be switched off in order to save the country from the embarrassment of watching unruly MPs agitating over an important issue.

There is no doubt, the Assemblies and Parliaments throughout the world discuss eminent issues and there are heated discussions take place rather at times there is tug of war between the government and opposition. However, such discussions are never leaked to the press or media. The code of ethics for attending the assembly sessions for live telecast as well as the journalists are quite clear and are spelled out to each and every attendee of the session. So how such confidential discussion reached the Indian media? If it was live telecast, then why Speaker did not interrupt and stopped the telecast. There should be an inquiry into the incident with focus on mere one point that how and why the substance of the discussion was leaked to the Indian media. In the past, the scope and objective of such inquiries were made general which could not reach to any conclusion. This time, the mandate of the inquiry should not be why Pakistan Muslim League-N leader Ayaz Sadiq discussed such a sensitive issue in the Parliament as these houses are meant for it but the focus should remain how it leaked to unauthorized Indian media and how same can be stopped in the future. In a nutshell, defaming Pakistan on international level has been an old tactic of Indian media and Indian government. However, the statement regarding the release of Wing Commander Abhinandan by representative of hundreds of Pakistani also require a review and beside tarnishing Pakistan’s image it has created a gulf between Army and Government of Pakistan.