Possibility of war with China cannot be ruled out: Indian Chief 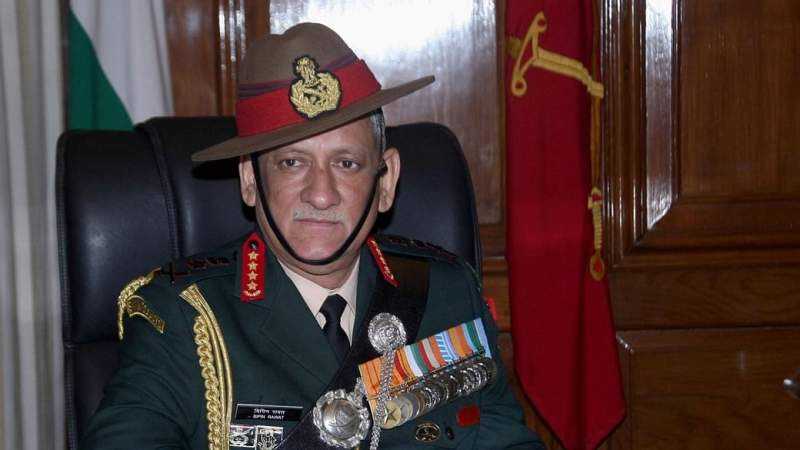 NEW DELHI, 6 November, 2020, (TON): On Friday Indian Chief of Defence Staff General Bipin Rawat said that situation at the Line of Actual Control (LAC) in eastern Ladakh remains tense and the possibility of war with China cannot be ruled out.

His statement came in the middle of an ongoing military talk between India and China at Chushul of Friday.

Commenting on the situation with Pakistan and China General Rawat said, ''Constant friction with two of our nuclear-armed neighbours with whom India has fought wars increasingly acting in collusion, poses an omnipresent danger of regional strategic instability with potential for escalation, threatening our territorial integrity and strategic cohesion.''

Tensions have been high between the two armies since May, when Chinese troops moved to take control of territory in Eastern Ladakh.

Indian Chief claimed that China's People's Liberation Army is facing consequences for its misadventure into Ladakh because of response from Indian forces. Whereas China’s People’s Liberation Army accused the Indian side of committing violations and claimed of giving befitting response to Indian troops.

India and China have been engaged in a worst seven-month-long border dispute at the LAC. The military level talks are underway and is the eighth round. Attempts at military and diplomatic talks followed, with little success, although authorities on both sides claimed that the two armies were disengaging and deescalating. Despite this, both militaries have made preparations to dig in for the winter if the diplomatic and military talks end up coming to naught or, worse, end up pushing both countries into a war.