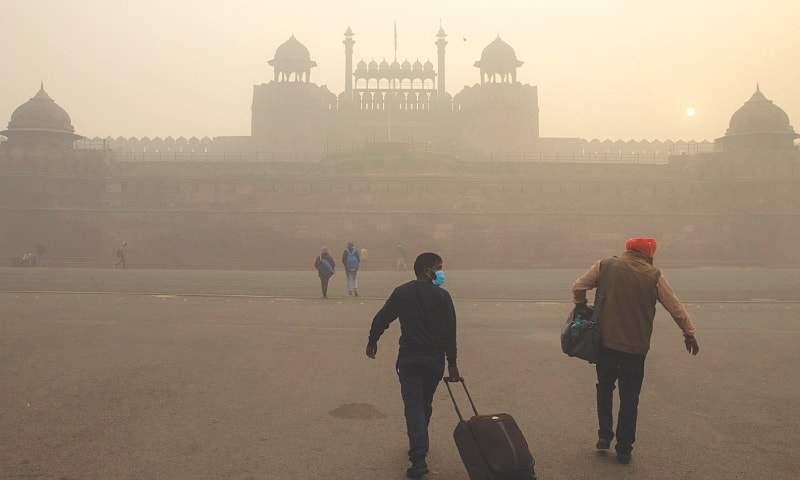 NEW DELHI, 11 November 2020 (TON): Air quality in India’s capital deteriorated to its worst this year on Tuesday, prompting a social media barrage of residents complaining about stinging eyes, sore throat and breathlessness in the middle of the coronavirus pandemic.

Air Quality in the national capital remained in the ‘severe’ category for the fifth consecutive day on Monday, with calm wind speed exacerbating the effect of stubble burning.

Delhi’s overall air quality index, which measures pollutants including PM2.5 particles, rose to 488, its highest level in a year, according to government data. That was up from 477 on a scale of 500 on Monday. The data showed the deadly particulate matter PM2.5, which can cause cardiovascular and respiratory diseases such as lung cancer, also reached its highest levels since November 2019 and stood 30 times over the World Health Organization’s safe limit.

Pollution in New Delhi had almost disappeared earlier this year, when the government imposed a nationwide lockdown to contain the coronavirus, but has returned since the government began lifting restrictions at the end of August.

Authorities have banned the sale and use of firecrackers ahead of the Diwali festival in a bid to curb pollution, but environmentalists have called on the government to do more.

SAFAR, India’s main environment monitoring agency, has forecast severe conditions over the next 24 hours due to stagnant winds and rising humidity levels, which trap pollutants longer.

Indian capital city is among the most polluted cities in the world. Industrial activities and vehicular traffic are significant contributors to air pollution in the city, along with rampant construction. For the past many years, every year ahead of winters the air quality in New Delhi becomes hazardous.