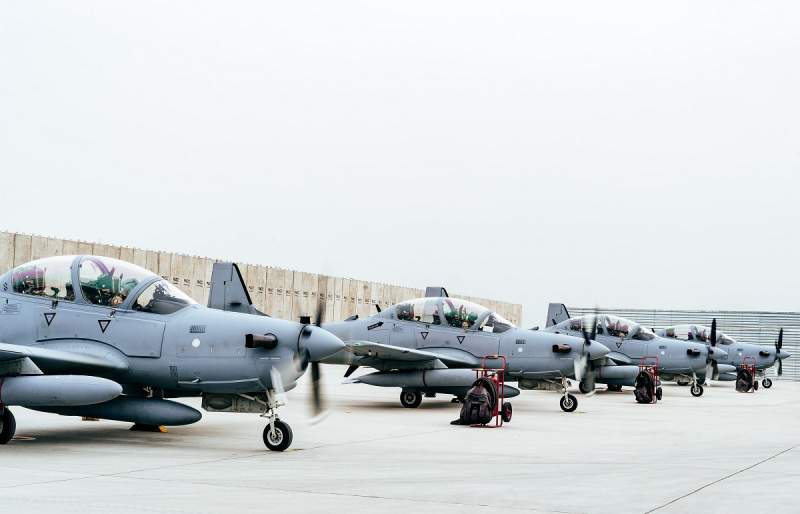 KABUL, 16 November 2020, (TON): The Afghan Ambassador to the United States, Roya Rehmani visited US Air Force Base at Moody to have firsthand experience of A-29 aircraft. Washington is delivering remaining A-29 Super Tucano light attack to Afghanistan to strengthen the Afghan Air Force.

As per the report by the Special Inspector General for Afghanistan Reconstruction (SIGAR) Afghan Air Force has 154 aircrafts. It has three flight wings and 18 detachments, flying A-29s, C-208s, AC-208s, C-130s, Mi-17s, and MD-530s. The A-29 light attack aircraft is the backbone of strike operations against the insurgents.

After receiving training from the NATO-led Resolute Support Mission and other allied forces, the AAF now independently conducts 70% of the operations in Afghanistan.