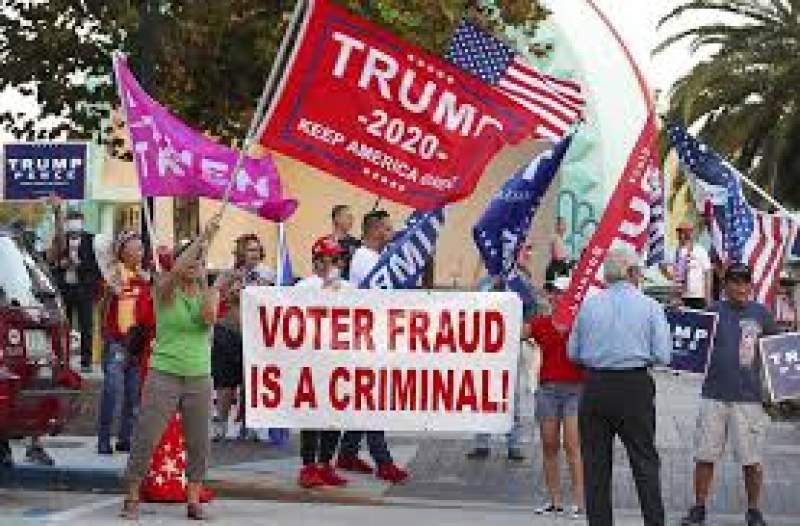 WASHINGTON, 16 November 2020, (TON): Violence erupted on the streets of downtown Washington on Saturday night, after thousands of protesters supporting US President Donald Trump held a protest rally to back claims of massive voter fraud and electoral malpractices during the presidential elections 2020.

The “Million MAGA March”, held a week after Democrat Joe Biden was declared by media as the winner of the November 3 election. The rally was peaceful and the only objective was to show to the authorities, the judiciary and international community the fraud election that took place in the US to declare Joe Biden as winner.

Clashes erupted between Trump’s and Biden’s supporters on late night when peaceful Trump supported were attacked and manhandled to disrupt “Million MAGA March”.

A mass brawl broke out later at night just in the vicinity only some blocks away from the White House to fail the march to compel American judiciary to take action over fraud election 2020.