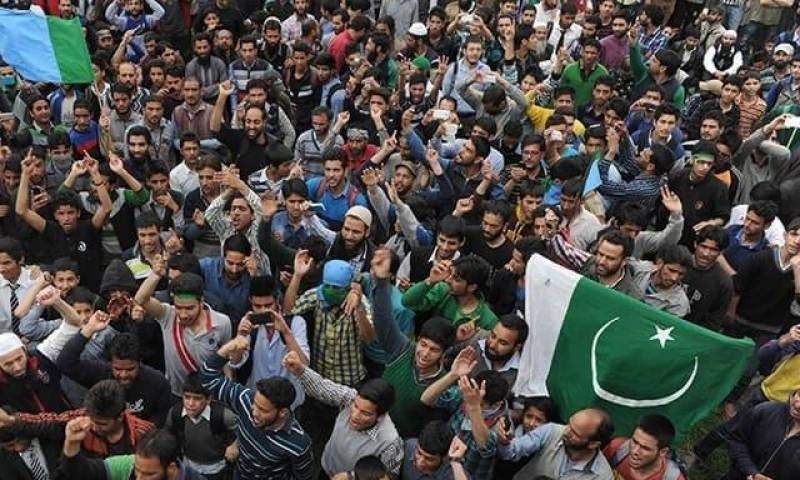 JAMMU AND KASHMIR, 05 January 2021, (TON): Kashmiris all over the world are observing the Right to Self-Determination Day, today, with the pledge to continue their liberation struggle till it reaches its ultimate goal while Federal Minister for Human Rights Dr Shireen Mazari on Monday called upon the international community to take notice of human rights violations in the Indian Illegally Occupied Jammu and Kashmir.

It was on 5th January in 1949 when the United Nations Security Council passed a resolution supporting the Kashmiris’ right to decide their future by themselves through UN-sponsored plebiscite.

The day is marked by various activities including rallies, seminars and conferences across the world to remind the UN that it must implement its relevant resolutions to save the Kashmiris from the Indian brutalities.

Meanwhile, Dr. Shireen Mazari while addressing a press conference along with the family members of imprisoned Kashmiri freedom fighter Asiya Andrabi, she urged the United Nations, Amnesty International and Human Rights Watch as well as women organisations including the International Women Caucuses to take action on the HR violation in held Kashmir.

Ms. Mazari said Asiya Andrabi, along with Fehmida Sufi and Naheeda Nasreen, had been imprisoned in Delhi’s Tihar jail.

The detention of these prisoners was also a war crime under Article 82 (2b, VIII) of the Rome Statute of the International Criminal Court (ICC), read with Article 143 of Geneva Convention IV, she noted.

At the same time, In a series of tweets, while reiterating support to the Kashmir cause Imran Khan said: “On 5th January 1949, the United Nations guaranteed the right to self-determination for the people of Jammu and Kashmir through an impartial plebiscite. We observe this day as a reminder to the UN & its member states of their unfulfilled commitment to the Kashmiri people.

“Despite suffering 73 years of brutal Indian occupation, generation after generation of the Kashmiri people remain steadfast in the demand for their inalienable right to self-determination as guaranteed to them under the UN Charter and by the UNSC.

“We call on the international community to take action against the well-documented human rights violations being committed with impunity by Indian Occupation forces against innocent Kashmiri men, women & children; & to ensure Kashmiris get their right to self determination.

“Pakistan stands unequivocally with the Kashmiri people in their struggle for freedom from the tyranny of one of the most ruthless, inhumane & illegal Occupation in modern history.”