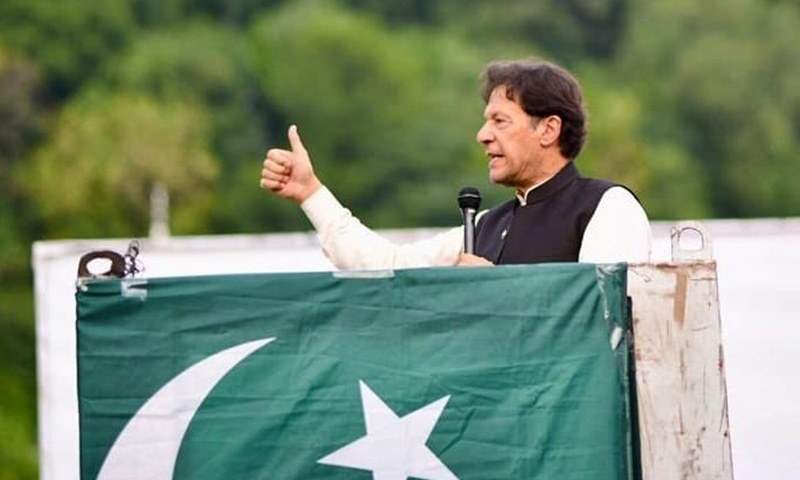 ISLAMABAD, 19 July 2021, (TON):  Prime Minister Imran Khan praised the courage and valour of the Kashmiri youth, particularly those gallantly facing atrocities in India-held Kashmir, and said they could not accept any “cowardly, gutless, corrupt and liar” as their leader.

He expressed these views at his first election-related public meeting in Azad Jammu and Kashmir (AJK), held on the premises of a college in Bagh.

He said that I want to give a special message to the great people of occupied Kashmir, Pakistani nation appreciates and feels proud of you for the way you are showing self-respect while braving atrocities as well as the way youngsters like Burhan Wani are sacrificing their lives.

PM Khan said that Muslims across the world were also looking towards the Kashmiris and praying for the continuity of their indomitable spirit to refuse to be coerced and suppressed by India.

Mr Khan maintained that when [Indian Prime Minister] Narendra Modi intensified atrocities in held Kashmir after Aug 5, 2019, the world might have believed that the Kashmiris would bow down. But no such thing happened because the Kashmiris have powerful faith.

While quoting a verse from the Quran, he expressed the hope that good times for the struggling Kashmiris were just round the corner and reassured them that he would keep on taking up their case across the globe as their ambassador and advocate.

The prime minister pointed out that the BJP and RSS ideology posed the biggest threat to India itself because it [ideology] did not target the Muslims alone, but also the Sikhs, Christians and scheduled castes, whom it did not consider as equal citizens.