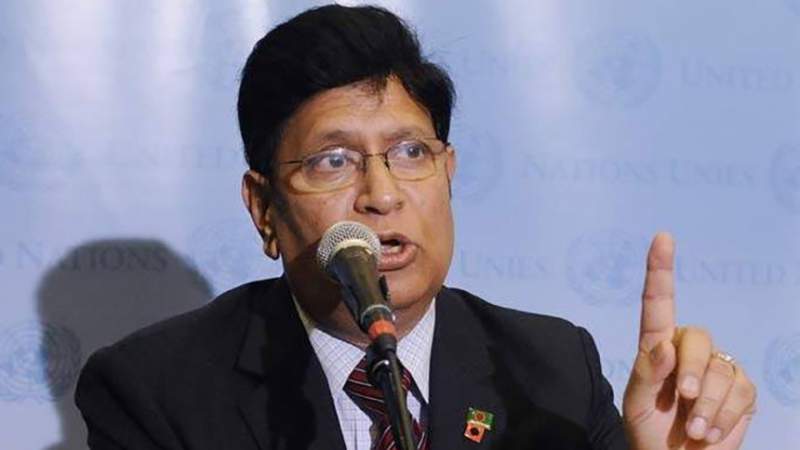 DHAKA, 20 July 2021 (TON): Bangladesh's Foreign Minister AK Abdul Momen shared a sorry tale of how the Department of Passport sent a device for activating machine-readable passports to Uzbekistan around one and a half years back but the device is yet to be activated.

When he visited Uzbekistan last time in 2019, Bangladeshi expatriates requested for a device used to activate machine-readable passports to be installed in the Bangladesh embassy in Tashkent.

Without the device, the expats need to contact Bangladesh high commission in Delhi for renewing passports. The expatriate Bangladeshis also made the request to State Minister for Foreign Affairs Shahriar Alam earlier.

Momen told reporters at his residence “after returning home, I asked the officials concerned to immediately send the device to Uzbekistan. We have Bangladeshi citizens for whom this is needed badly."

He added “in a few months after the initial order, the device was sent and a group of eight to ten officials from the Department of Passport also visited the country, Momen said. "But the machine still remains in a box."

The foreign minister also enquired with the Bangladesh Ambassador to Uzbekistan Md Zahangir Alam why the machine was not working and ambassador reply deeply disappointed Momen.

The minister said "he said the machine was not operational as the technician who knew the secret pass code, was not in the group of eight to ten officials of the passport department who had visited Uzbekistan."

The technician has still not visited Uzbekistan for fixing the device in more than one and a half years.