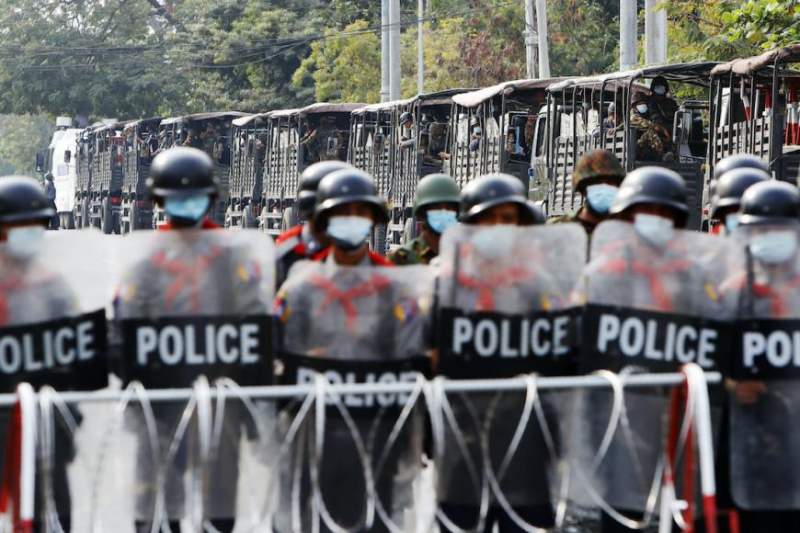 State media and local groups have reported that 26 of those sentenced are currently detained, while 39 were convicted in absentia.

Military tribunals handed down the death sentences in areas of Yangon where the junta declared martial law in March. In imposing martial law, the junta transferred all executive and judicial power to the head of the relevant regional military command and instituted the death penalty as a possible sentence for 23 crimes.

Shayna Bauchner, Asia researcher at Human Rights Watch said “the Myanmar junta has added to its mass shootings of protesters on the streets by having military tribunals hand down several dozen death sentences after egregiously unfair trials۔”

Apparently aimed to chill the anti-coup protest movement, these death sentences should serve as a stark warning to foreign governments that urgent action is needed to show the junta that there will be a reckoning for its crimes.

On March 14 and 15, the State Administration Council (SAC) junta declared martial law in 11 townships in Yangon and Mandalay, following a weekend in which security forces killed an estimated 120 people during anti-coup protests. The Yangon commander, Maj. Gen. Nyunt Win Swe, was granted oversight of all administrative and judicial powers in the designated Yangon townships.

The martial law orders lay out 23 categories of crimes to be charged in military tribunals in the designated townships, all of them carrying a potential sentence of capital punishment. The designated offenses include several put in place by the junta since the coup. The majority are not capital crimes in civilian courts. The 65 death sentences have been imposed for murder charges under penal code sections 302, 396, and 397.