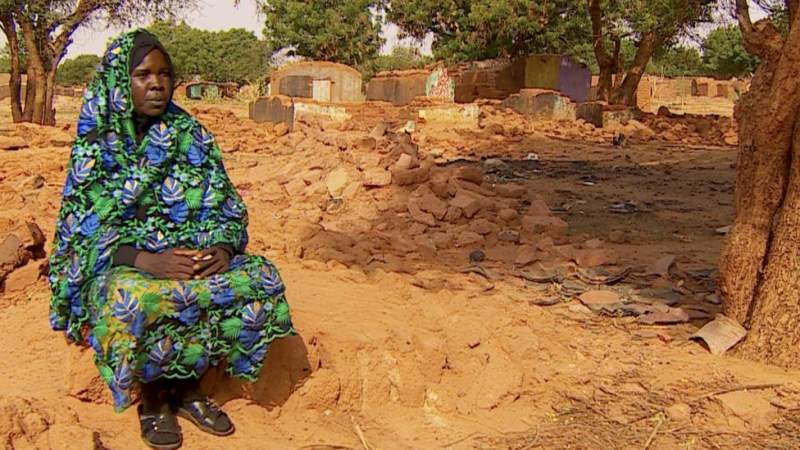 KHARTOUM, 22 July 2021, (TON): Two years after the Sudanese revolution, hundreds of thousands of people have been internally displaced as violence in Darfur continues. Many hoped a hard-earned peace agreement would put an end to the decades-old conflict, but the region's bloody legacy continues.

Thirty-five-year-old Khamisa Juma Ishag Abaker is perched on a pile of rubble that was once her home.

Dressed in a floral print fabric that covers her from head to toe, she sifts through the dust to uncover an old bottle of perfume and dinnerware gifted to her but now broken - remnants of her old life.

"My house had a garden and a door. I could lie down in the shade. I could cook for my children."

It's her first time returning to Krinding - a settlement for displaced people - after clashes in January left tens of thousands of people homeless and hundreds dead.

They burnt all the houses. We tried to flee into the street, but they shot my brother. He fell and when he tried to stand up, they shot him again - they killed him in front of me. I've cried so much, my eyes can barely see now."

Now living in cramped conditions in a school classroom in El Geneina, the capital of West Darfur state, she is struggling to take care of her ailing parents and her children.

"We don't have money. We don't even have beds, pillows, or blankets… I don't have anything. I just stare and do nothing."