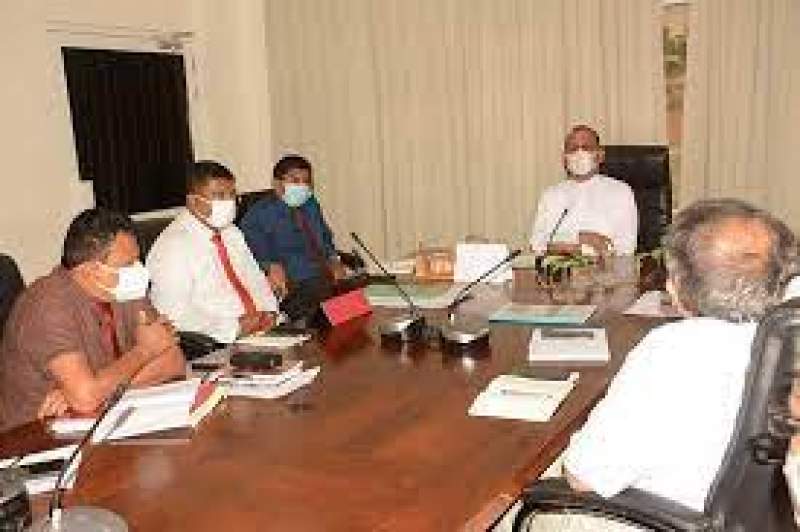 COLOMBO, 24 July 2021, (TON): Environment Minister Mahinda Amaraweera said that a committee will be appointed to look into the environmental damage caused by the furnace oil dumped by ships docking at Sri Lankan ports.

A discussion was held in this regard at the Environment Ministry recently and the Minister said “it was due to the irregular discharge of polluted water from these ships into the environment.”

Minister said "in the international system of removal of furnace fuel from ships, that has been added from the last port of call to the next port can be disposed of. If a ship discharges furnace fuel in every other country except ours, the relevant ships will have to pay a fee to that country due to the environmental damage caused to that country. But what happens in our country is that we pay for ships and buy fuel.”

He said that in the process of removing water from furnace fuel, the water is directly discharged into water sources such as rivers and streams. It was revealed that one litre of that unclean water pollutes 10,000 litres of clean water. Also, the heavy metals such as Arsenic, Cyanide, Lead and Cadmium contained in this water mix with the drinking water and, eventually, the people of the country will face many deadly diseases such as kidney failure.

Therefore, a committee was appointed by Minister Amaraweera to study the environmental issues that may arise due to the industry associated with furnace fuel being dumped from ships and to submit a report to the Cabinet.