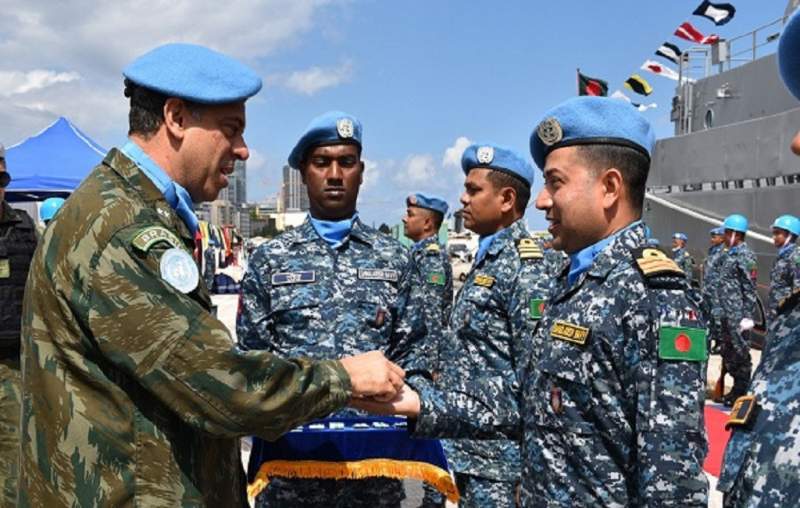 DHAKA, 22 June 2022, (TON): A total of 110 officers and members of the Bangladesh Navy ship BNS Sangram who were engaged in the UN peacekeeping mission in Beirut, Lebanon have been awarded the Peacekeeping Medal in recognition of their contribution to peacekeeping operations.

An ISPR press release said “Maritime Task Force commander of the United Nations Interim Force in Lebanon Rear Admiral Andreas Mugge presented the medal to the officers and sailors at the Medal Parade of BANKON-12 Contingent of BNS Sangram in Beirut.”

Addressing the Medal Parade, MTF Commander Rear Admiral Andreas Mugge thanked all members of the Navy deployed to the peacekeeping mission in Lebanon as well as commended all the Navy members for their tireless and dedicated contribution to the world.