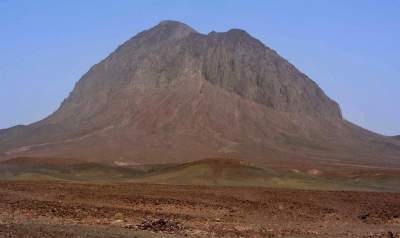 International Tribunal Stays $5.8B Fine on Pakistan in Mining Case; The Amount is about 2 percent of Pakistan’s GDP

REKO DIQ, 18 September 2020, (TON): An international tribunal has granted a stay pending a final decision on a $5.8 billion penalty imposed on Pakistan for denying a mining lease to an Australian company.After the stay, the mining company is likely to consider a settlement pending a final decision on the award, which is likely to happen during next year.

If we recall, Pakistan's cancelled Reko Diq mining lease of Australia's Tethyan Copper Corp in 2011, a 50-50 joint venture of Barrick Gold Corp of Australia and Antofagasto PLC of Chile, to build and operate a copper-gold open-pit mine. Tethyan had invested $220 million in Reko Diq by 2011, when Pakistan terminated its mining lease. The company sought help from the tribunal the following year, and it ruled against Pakistan in 2017. 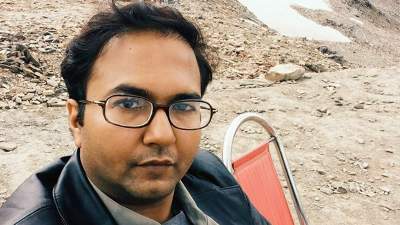 Additional Inspector General Ghulam Nabi Memon confirmed that Bilal Farooqi, who is a news editor at The Express Tribune, was arrested by  DHA Police Station on Friday evening.

An FIR was lodged against Bilal Farooqi under Sections 500 and 505 of the Pakistan Penal Code and Sections 11 and 20 of the Prevention of Electronic Crimes Act (PECA), 2016. The police authorities informed that FIR has been lodged on the complaint by Javed Khan on 9 September 2020. According to the FIR, the complainant, who is a machine operator at a factory and is a resident of Majeed Colony in Landhi area, said he visited a restaurant in DHA Phase-2 Extension on September 9, during which he checked his Facebook and Twitter accounts. It was then he found highly objectionable posts against the Pakistan Army were posted by Farooqi on both platforms and the material was aimed at allegedly spreading religious hate.

Javed Khan alleged that the Bilal Farooqi has defamed Pakistan Army and social media posts could be used by enemies to achieve nefarious designs so legal action should be initiated him.

Meanwhile, the Karachi Union of Journalists (KUJ), released a statement condemning the arrest of Bilal Farooqi and saying that Bilal remained executive committee of the KUJ, has is an educated and responsible youth, who has never indulged in any kind of violation of Pakistani laws. 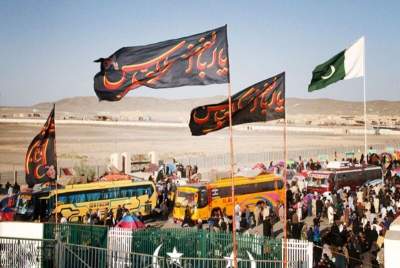 ISLAMABAD, 9 August 2020, TON: Iranian President Hassan Rohani announced that Muharram commemorations "cannot be canceled. Qom-based Ayatollah Makarem Shirazi was quoted as saying, "We have some principles that we cannot give up at all, including mourning in Muharram."  It has been reported that Minoo Mohraz, a physician who specializes in infectious diseases and is a member of Iran's task force to combat the coronavirus, warned that Muharram gatherings would be dangerous said,  "The coronavirus is only being transmitted in wedding ceremonies, Eids, prayers in Mosque.  Otherwise during Muharram mourning, the virus stands in a corner, beats its chest and weeps." Soon after the announcement by Iranian ledership, Pakistan has taken a lead and announced holding of  Majalis and Procession as well as Police operations against the others. It should be recalled that throughout the lockdown in Pakistan there was total ban on even offering Jumma prayers or normal congregation in the Mosques. However, after the Iranian announcement now Jumma prayers have been allowed.

A press release has been issued by authorities in Pakistan on 8th August 2020 that security arrangements were discussed in a high level meeting, presided over by Inspector General of Police (IGP) Islamabad to devise an elaborate security plan and supervise all the arrangements by maintaining close liaison between police officials and peace committees, Majalis organizers and procession organizers. In a surprise move special cards would be issued to police deputed for security at religious gatherings and Imambargahs. Strict security and vigilance will be maintained at gatherings and participants through Safe City system. It has been announced that the entry of all kinds of vehicles in Imambargahs’ surroundings will be prohibited, and barbed wire will be placed around venues of gatherings while police officials will be deployed on the rooftops of buildings on procession routes. Safe City Director General has been ordered to monitor all kinds of movement around imambargahs and religious gatherings using CCTV cameras. Large strength of police has been deputed everywhere throughout the country and all Superintendent of Police have been ordered to monitor search operations themselves and inform senior officials of progress on a daily basis.