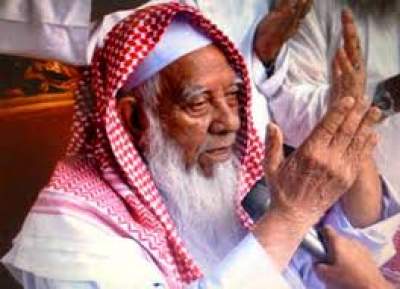 DECCA, 21 September 2020, (TON): Over 1.5 Lac people gathered on Friday at the Bangladeshi capital to pay last homage top Bangladeshi leader, Allama Shah Ahmad Shafi, the founder of Hefazat-e-Islam. People had assembled at Hathazari outside the port city of Chittagong to attend his funeral.

Allama Shah Ahmad Shafi, was more than 100 years and was founder of Hefazat-e-Islam, which he created in 2010 and has millions of supporters.  He died three day after an Indian-engineered revolt involving thousands of students at Madrassa, which made him to resign after three decades as its chair. As per the Bangladeshi Police around 3,000 Madrassa students took part in the revolt against Allama Shah Ahmad Shafi, which resulted in sacking of three teachers of Madrassa by son of Allama Shafi namely Anas Madani. Some of his followers claims that he was killed by foreign elements as they could not see relations cordial between Muslim Ulemas and the Bangladeshi government.

Allama Shah Ahmad Shafi was the main figure behind May 2013 incident, demanding implementations of blasphemy laws and the execution of atheist bloggers. More than 50 people were killed in shooting by Bangladeshi security forces. In the clashes around six bloggers and secular activists were also killed. 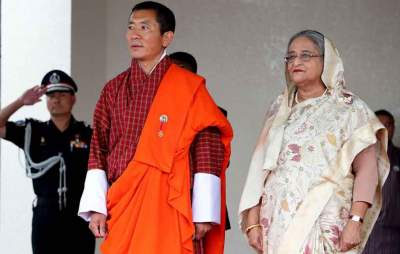 Strengthening the Development of the Bangladesh-Bhutan Preferential Trade Agreement

According to experts, this step would create new trading opportunities between the two countries. The Preferential Trade Agreement (PTA) will ensure duty-free access to the business field of both countries. 10 Bangladeshi products and 16 products made in Bhutan are chosen for this duty-free transaction facility. The number will rise after the realization of the agreement, which is hoped by the Commerce Minister of Bangladesh.

The two-way trade between Bangladesh and Bhutan was $57.9 million in fiscal 2018-19. Shams Mahmud, president of the Dhaka Chamber of Commerce and Industry, said the about the Bhutanese  market that though it is smaller compared to other countries, it still is an important market for Bangladesh.

The PTA will be proven as a strategic achievement for both countries and regional cooperation. Bangladesh is also proceeding intending to finalize trade agreements with Japan, Nepal, and Indonesia in 2020. 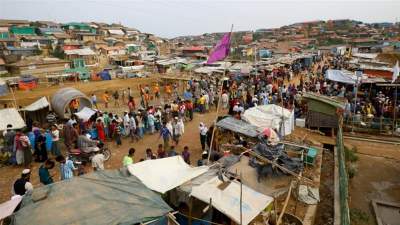 DECCA, 14 September 2020, (TON): Foreign Minister of Bangladesh AK Abdul Momen said Dhaka fears that the Rohingya crisis can be an obstacle towards regional peace and stability if it is not solved as soon as possible.

"Our fear is that, if this problem is not solved quickly, it may lead to pockets of radicalism, and since terrorists have no borders and faith, there's a high possibility of creation of uncertainty in the region which may frustrate our hope for a peaceful, secure and stable region," he said yesterday at the 27th ASEAN Regional Forum (ARF) held online. He said Bangladesh received 1.1 million Rohingyas despite the threat to the country's economy and ecology, on humanitarian grounds, and Bangladesh was keen to solve the crisis through constructive diplomacy with good neighborly spirit with Myanmar.

He also added after a lengthy discussion, Bangladesh signed three agreements with Myanmar for Rohingya repatriation. According to those agreements, Myanmar was committed to ensuring a conducive environment for its voluntary repatriation, safety, and security. "But unfortunately till today, no one went back, and instead of creating a conducive environment, fighting and shelling are going on in the Rakhine state."

Foreign Minister said Rohingyas don’t want to back to their homeland because they don’t trust their government regarding their safety. That’s why  Dhaka had suggested Naypyidaw engage non-military civilian observers from their friendly countries and organizations like ASEAN, China, Russia, and India, saying it may reduce the trust deficit for a sustainable return.

He mentioned,"We solicit support from our ARF partners so that these hapless Rohingyas can return to their home in safety, security, and dignity, resettle there, and reintegrate in their society. Once they return to their homeland, they could be contributing members to the development of Myanmar." (Courtesy of TDS; Israt Jahan Leena, University of Chittagong, Bangladesh)