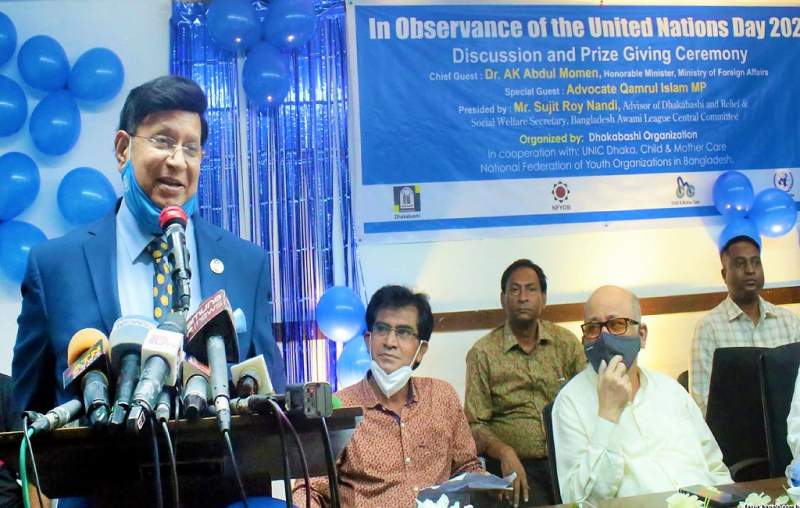 DHAKA, 25 October 2021, (TON): Foreign Minister AK Abdul Momen said that the United Nations should be a voice of all the countries, not just the mouthpiece of a few countries.

“There’s a need for a change in this situation,” he said while addressing a discussion at the National Press Club in Dhaka marking the UN Day.

He said “Bangladesh will be the candidate for UNGA president in 2026 and insisted that the next UN secretary general, if it is from Asia, should be from Bangladesh.”

Momen said “it is regrettable that there is no significant number of Bangladeshis in the UN leadership positions.”

“Now, the time has come for increasing our representation in the UN.”

The foreign minister appreciated the UN role in many areas saying there was no third World War because of the UN, though it has failed to resolve problems in many countries.

He said “we want peace in the world and the UN was established in search of peace. We recognize UN contributions.”

Momen said “Bangladesh will host a world peace conference in December as peace is imperative for development.”