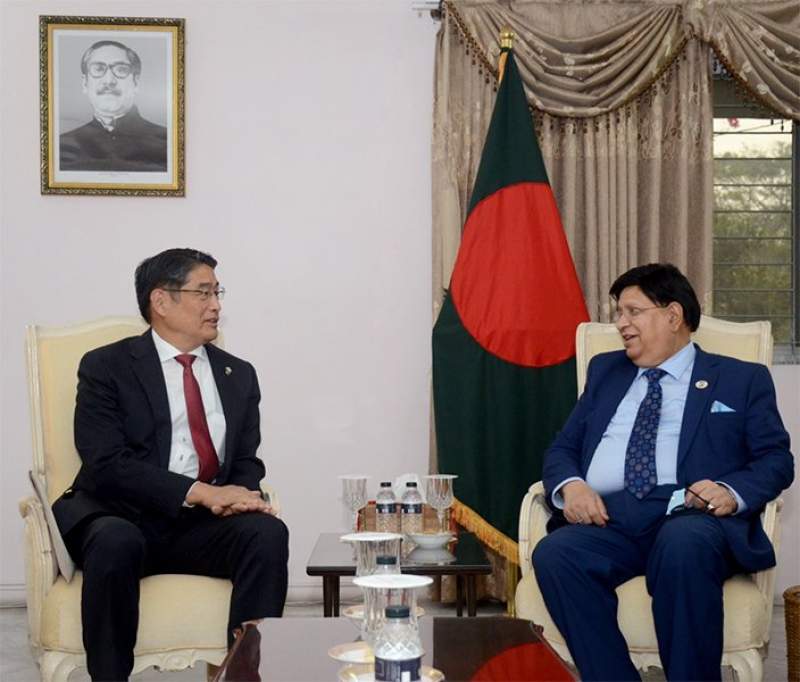 DHAKA, 27 January 2022, (TON):  Bangladesh and Japan have decided to celebrate the 50th anniversary of the establishment of diplomatic relations between the two friendly countries this year through various events in Dhaka and Tokyo to further strengthen bilateral partnership.

During the meeting, foreign minister recognized Japan as a long-trusted friend of Bangladesh and proven development partner.

He recalled the unwavering Japanese support to the cause of independence of Bangladesh as well as Japanese development cooperation since the establishment of diplomatic relations between the two friendly countries.

Both the sides recalled the historic official visit of the Father of the Nation Bangabandhu Sheikh Mujibur Rahman to Japan in October 1973, which laid the rock-solid foundation of the bilateral relations between the two countries.