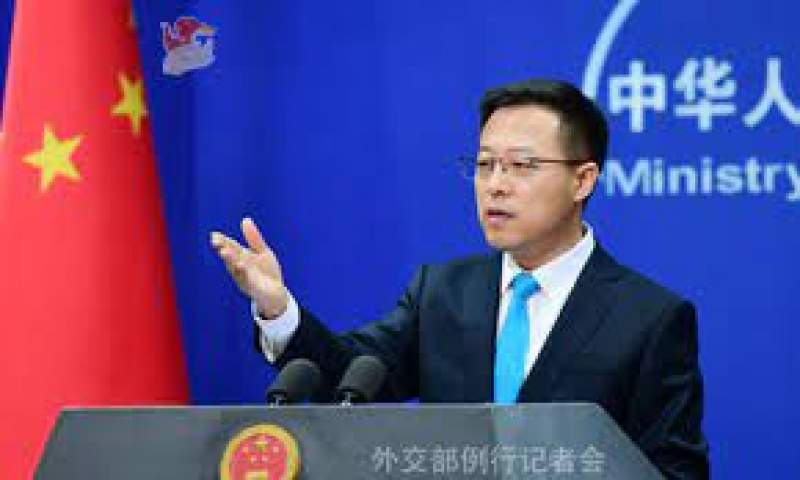 He noted that China is full of confidence in the development of the bilateral ties.

Putin said in a TV interview, "We have developed a strategic partnership relationship between Russia and China that previously had not been achieved in the history of our nations, a high level of trust and cooperation in all areas: in politics, in the economy, in the area of technology," expressed support to China on issues related to Xinjiang and Taiwan and refuted attempts to sabotage China-Russia relations.

Zhao’s remarks came in response when the reporter asked about Putin’s comments in a press briefing.

"The two countries have firmly supported each other on issues concerning each other's core interests, and the mutual political trust and strategic cooperation between the two has been continuously consolidated and enhanced," said the spokesperson.

"It is fair to say that the China-Russia comprehensive strategic partnership of coordination for the new era is all-dimensional and all-weather. Sky is the limit for down-to-earth China-Russia cooperation, and we are full of confidence in the development of bilateral relations," Zhao added.

While concluding, the spokesman said that in one month's time, the two sides would mark the 20th anniversary of the signing of the Treaty of Good-Neighborliness, Friendship and Cooperation between China and Russia, which is of special significance to bilateral relations.

However, as per the stats, the Chinese-Russian bilateral economic and trade volume surged by 23.6 percent in the first five months of this year.