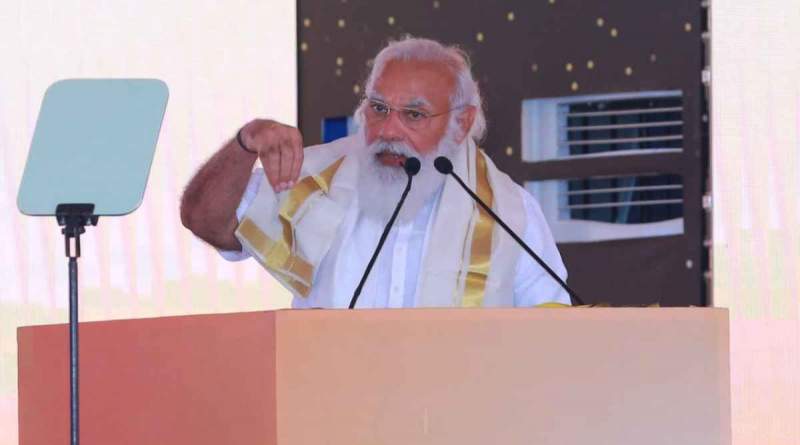 GUWAHATI, 18 February, 2021 (TON): On Thursday, PM Narendra Modi said with the launching of a huge number of connectivity projects, Assam and the northeast region would emerge as the hub of East-Asia and will strengthen the "Aatmnirbhar Bharat" initiative.

As the projects like 'Mahabahu-Brahmaputra' Ro-Pax vessel operations, the foundation stone of the Dhubri Phulbari Bridge, and performing the Bhumi Pujan for construction of Majuli Bridge launched in Assam, via videoconferencing the PM said these projects would boost the more reliable, efficient, and time-saving connectivity and help to further widen the tourism and improve the economy.

Referring to the setting up of the first National Data Centre for the North Eastern Region at Amingaon, on the outskirts of Guwahati city, Modi said that the data center for the eight northeastern states would do huge improvement to the e-governance, start-ups, and industrialization in the entire region. "India's 6th data centre in Guwahati would further strengthen the Digital India vision," he pointed out.

"Projects already implemented or under implementations would reinforce the physical and cultural integrity of Assam and other northeastern states and security of the nation would further make it stronger.

"Many projects of roadways, waterways, airways, railways, and several gas grids are either completed or under implementation," the Prime Minister said.

Praising the former government of Atal Bihari Vajpayee on what progress and growth their government brought in the northeast, Modi encouraged words of appreciation for his own government and said, the present "double engine" government has given further momentum to it.