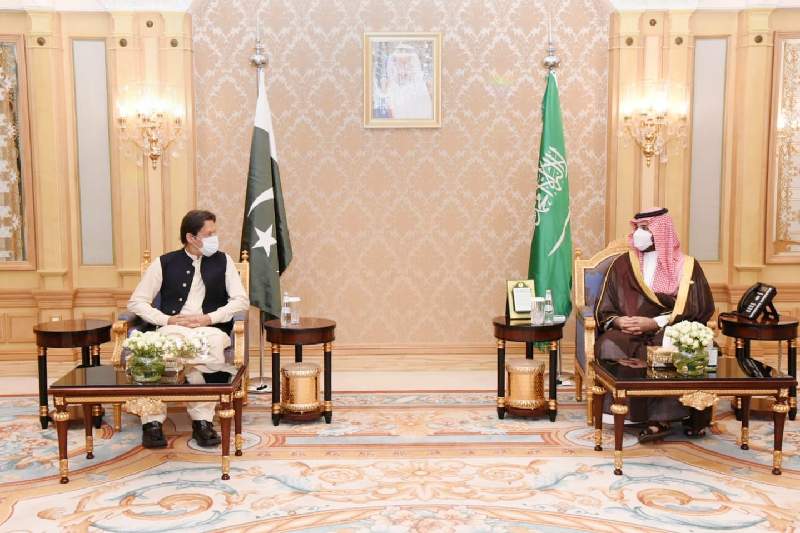 A statement issued by the PM Office said that the prime minister paid tribute to the leadership of the Custodian of the Two Holy Mosques King Salman bin Abdulaziz in the progress and development of the kingdom.

He also lauded the crown prince for the ‘Saudi Vision 2030’, aimed at transforming the socio-economic development of the kingdom in the 21st century.

While discussing bilateral ties, the prime minister reaffirmed Pakistan’s deep fraternal relations with Saudi Arabia and highlighted the significance Pakistan attached to its strategic ties with the kingdom.

He also expressed gratitude to Saudi Arabia for its steadfast support to Pakistan at every crucial juncture.

“The two leaders agreed to further strengthen bilateral cooperation across all fields,” read the official statement.

The premier warmly congratulated the crown prince on successfully organising the MGI Summit on climate change. He added that the moot clearly demonstrated the commitment of the Saudi leadership to take tangible steps for effectively tackling the challenge of Climate Change.