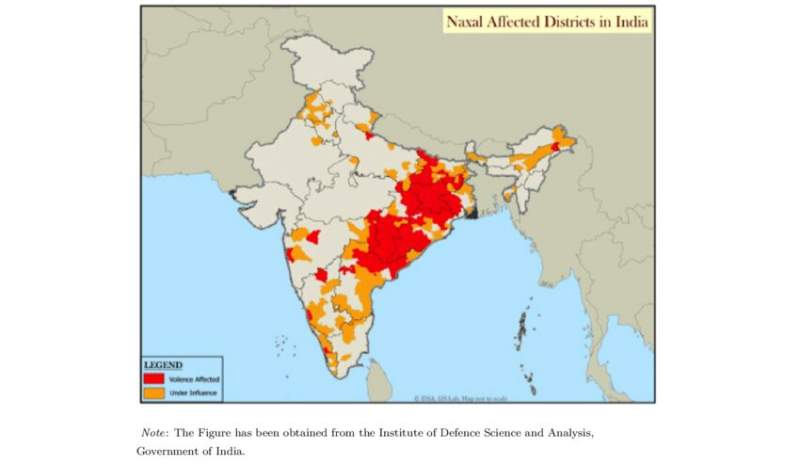 At present there are 28 states and 8 Union territories in India but India’s fragility can be judged from the fact that within Indian Union of States some more or less 36 states including merged ones are attempting to strive for independence. Amongst these Nagaland and Manipur conflicts is one of the world’s longest running conflicts. These separatist movements have come to greatly challenge India's security and internal stability with the more rebellious groups of other state demanding independence and separation from India. The time-frame of the insurgency movements appears to have no limits. The Naxalite–Maoist insurgency is an ongoing conflict of Maoist groups known as also ­­­Naxalites or Naxals. Over the period of time top Naxal leaders have either been arrested or killed but the movement could not be eliminated.

The Naga National Council (NNC) declared their independence before the British left India, but they were forcefully integrated into the republic of India in 1947. On 29 June 1947, Sir Akbar Hyderi, then Governor of Assam signed a 9-point agreement with the Naga moderates. In the said agreement the Nagas’ right to freely develop them was recognized. Clause 9 of the agreement stated that after a period of 10 years the NNC will be asked whether the agreement be extended or a new agreement arrived at. This clause was interpreted by Nagas as achievement of sovereignty whereas the Indian government interpreted it as the signing of new agreement with Indian Union. This is the root cause of the Naga conflict. Since the early 1950's to the present day, there has been continuous growth of insurgency.

Since June 2018, in a coordinated crackdown across six states in India, Police raided the homes of several activists and arrested five prominent Indian political activists over their alleged Maoist links that sparked a national controversy in 2018. Some have called it an attack on freedom of speech, while others have justified the arrests in the name of national security. According to the investigations all of them are leftists and are sympathizers of Maoists. They have been speaking against successive Indian governments, which include current Indian government of Narendra Modi and his BJP. The Maoists ally themselves with communist rule and greater rules for tribal people and poor people from rural areas. The inquiry further led to the arrest of fivemore activists in June 2018.

Delhi views Nagaland as a "disturbed area" and has kept the state under a draconian Armed Forces Special Powers Act (AFSPA). The act extends wide-ranging powers to the Indian Army, including the use of force and arrests without warrants. Violence has been part of daily life for decades in Manipur, Naganland and other states, with a strong presence of the Indian military. Naga Hoho comprising various Naga tribes has asked for removal of AFSPA from entire Nagaland. Indian government took its first steps toward resolving the dispute in 2015 by signing a peace accord with a Naga nationalist group called the National Socialist Council of Nagalim (NSCN-IM).In August 2019, Prime Minister Modi government wanted to conclude talks with NSCN-IM and sign a final agreement to end the conflict within three months but a year has been passed and there is no possible solution of the conflict due to the stubbornness attitude of the Indian government. Tensions grew in July when the Indian army and paramilitary forces started cracking down on NSCN-IM soldiers.

In the latest development, the Nagaland government last week issued a Union Home Ministry's (MHA) notification declaring NSCN (K), all its factions, wings and frontal organizations as an unlawful association under sections of Unlawful Activities (Prevention) Act, 1967. It has been claimed that on 23 December 2020. Naga insurgent group NSCN-K announced a ceasefire and has contacted the officials of the central government for initiating peace talks. The Khaplang faction of the National Socialist Council of Nagaland, or NSCN (K) led Niki Sumi, in its statement said that they expect the Government of India would "respond positively by honoring our decision as a confidence building measure in the best interests of peace in Nagaland and Naga people in general".

The Naxals or Maoists were always sincere in their demands but probably there is a communication gap between the Indian central government and stakeholders. The Nagas demand for a separate flag and constitution for the state has already been turned down by Indian authorities but despite of all this Indian Government is claiming success. The aggrieved Nagas-Maoists are eager to find a final and lasting solution to the issue by involving all the stakeholders but it seems there is no one ready to honor past commitments. The Nagas are insisting upon that the negotiations should be held through a "third country" and that country can always be neighboring Pakistan. There is a need to fill the communication gap as the insurgent groups have already offered that the negotiations be held in a "third country." India and Pakistan need to built a conducive environment before holding these talks.