Attempts for Peace in Afghanistan 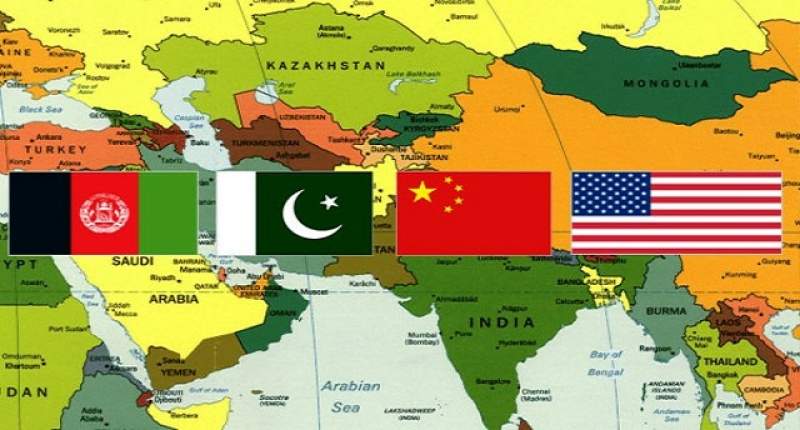 US Secretary of State Antony Blinken will travel to India and meet with Indian Prime Minister Narendra Modi in New Delhi on 28 July 2021. He will also meet Indian External Affairs Minister S Jaishankar and National Security Advisor Ajit Doval on the same day. The agenda points include Afghanistan; Indo-Pacific alliance against China and South Asia countries including Maldives, Myanmar and Sri Lanka; African joint socio-economic and military partnership; and Middle East including Iran, Iraq, Kuwait and United Arab Emirates. Interestingly, Washington is asking a military base in Ladakh as not consider Pakistan’s interference in issue of Jammu and Kashmir being New Delhi internal affair. There is noting new about the US Policy on Jammu and Kashmir as it was following the same since 1955.

The US and India has four foundational agreements to enhance military-to-military cooperation between the two countries including Logistics Exchange Memorandum of Agreement (LEMOA), Communications Compatibility and Security Agreement (COMCASA), Industrial Security Annex (ISA) and the Basic Exchange and Cooperation Agreement (BECA) to facilitate mil-to-mil cooperation. At the end of 2020, defence trade between India and US stood at over USD 21 billion There are reports that US, Japan, Australia and India will share common military resources as part of the alliance. However, there is friction between Washington and New Delhi over certain important points including technology transfer but Pentagon and CIA has warned White House not to agree to Indian demands. Washington views India’s military relationship with Russia that allows close integration of Indian defence systems with Russia as threat to long term alliance.

India has also set certain condition, which if fulfilled, New Delhi would not use military resources on the head of Indo-Pacific alliance against Pakistan. In fact, Washington played the same game with Pakistan when it signed CENTO and SEATO between the two countries. New Delhi has focused the visit of US Secretary of State Antony Blinken on maligning Pakistan on Pakistan and Chinese aggression from across the Line of Control (LoC) and Line of Actual Control (LAC), respectively. Fake and self-engineered data has been prepared by New Delhi after taking into confidence some individuals from Pakistani authorities who have sold their conscience and misreported against own people including Taliban, Baloch and Sindhi nationals. Interestingly, Pakistan and India seem on same grid on threat from Lashkar-e-Tayyiba, Jaish-e-Muhammad, Taliban in Pakistan and Baloch and Sindhi right groups. Indian and American military and civilian intelligence setups are regularly exchanging information about those elements who consider Islam as complete code of life with Al Quran as basic yardstick. Over the period of time not only both countries are able to build trust in human intelligence (HUMINT), Signals Intelligence (SIGINT) and Geospatial Intelligence (GEOINT) but have streamlined intelligence-sharing process.

During the forthcoming visit National Security Advisor Ajit Doval would stress upon US Secretary of State to accelerate defense sales on priority to India including Ballistic Missile Defence (BMD), and armed UAVs to enhance Indian strike capabilities against Pakistan. However, Washington has reservations over India-Pakistan dynamics. There is no doubt that Pakistani Military and civilian leadership this year extended unconditional ceasefire and ever-since the announcement no violation has been reported. If we recall, India has already procured S-400 which are ready for delivery and the Integrated Air Defense Weapon System (IADWS) reached the approval stage. Washington is hesitant is prompt defence deliveries to India as Pakistan’s assistance is much needed for to achieve strategic goeals in Afghanistan.

US-Pakistan relationship has changed dramatically in recent years due to Islamabad’s refusal in April 2013, to become NATO ally and allow United States Central Command (USCENTCOM) to open Afghanistan-Pakistan Center of Excellence (AFG-PAK COE) in Islamabad as part of USCENTCOM Directorate of Intelligence. In an interesting move, Pakistan’s National Security Adviser Moeed Yusuf and Inter-Services Intelligence (ISI) Director General Lieutenant General Faiz Hameed have been invited to visit Washington this week for the talks with their American counterparts. US State Department’s spokesperson Ned Price said in a statement, “Biden administration hopes to see Afghanistan’s neighbours play a constructive, responsible role in bringing about a just and durable solution there (Afghanistan)”. It is expected that during the visit of National Security Adviser and Director General ISI talks would focus on efforts to materialize broad-based government in Afghanistan, response over the lists of suspicions and apprehensions gathered against Pakistan by US Secretary of State’s on visit to India, future of Chinese investment in the the wake of Kohistan incident and delay in Joint Cooperation Committee (JCC), the apex forum for the China-Pakistan Economic Corridor (CPEC) projects, Counter-terrorism and mutual assistance.

Washington should not forget that during two decade of illegal occupation, over 1.6 million innocent Afghan men, women and children were brutally killed. The occupying forces changed the demography, sociology-economic placement, tribal superiority and statuses by placing down to earth people at the top and respected and influential at the run. If US and NATO countries could neither defeat Afghan nor bring desired democratic changes, what neighbours can do? The solution to Afghan problem is non-interference by the foreign powers including neighbours. One can hope that Afghan are allowed to find solution themselves so that peace is durable and sustainable.