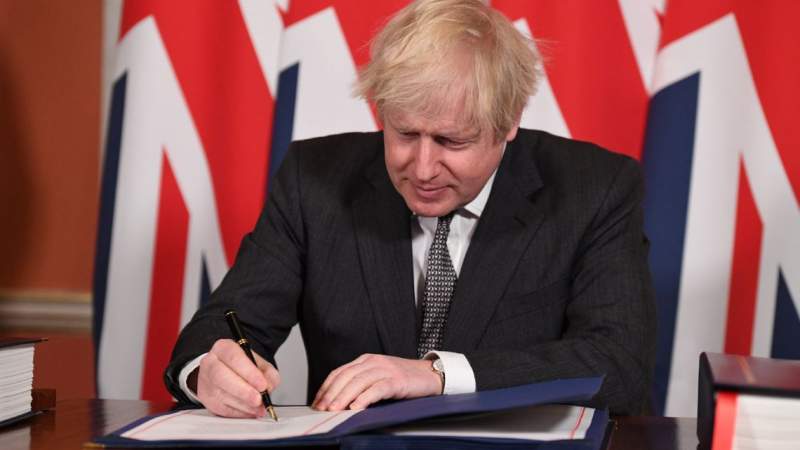 After ratifying by the EU chiefs Ursula von der Leyen and Charles Michel, the heads of the European Commission and European Council, the hefty document, bound in blue leather, was then flown by the Royal Air Force to London for Prime Minister Boris Johnson to add his signature, as the UK parliament began a rushed debate on the deal before the looming deadline.

Johnson gave a thumbs up after inking what he called “the beginning of what will be a wonderful relationship between the UK and our friends and partners in the EU”.

“It’s an excellent deal for this country but also for our friends and partners,” he said in 10 Downing Street.

Britain will leave the European single market and customs union at 11:00 pm (2300 GMT) on Thursday (today), the end of a difficult year and of a post-Brexit transition period marked by intense and tortuous trade negotiations.

The lower House of Commons voted overwhelmingly by 521-73 to back the deal, despite serious opposition misgivings, and the bill was expected to pass the House of Lords later on Wednesday in an unusually rapid procedure.

Introducing the legislation to ratify it, Johnson told lawmakers it heralded a new chapter for Britain and the EU as “sovereign equals, joined by friendship, commerce, history, interests and values”.

Michel echoed the sentiment in Brussels, vowing the two sides would work “shoulder to shoulder” on major issues, including climate change and future health pandemics.