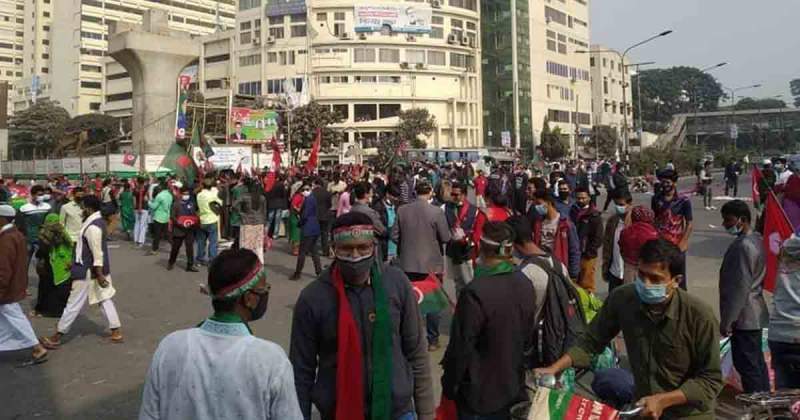 DHAKA, 23 February, 2021 (TON): The descendants of the freedom fighters have gathered at the Shahbagh intersection demanding the reinstatement of a 30 percent quota in government jobs.

On Tuesday at 1100 hours, hundreds of demonstrators arrived in the capital from around the country and took position at Shahbagh for their seven-point claim to be fulfilled.

The protesters said, until the government takes decision the blockade which has caused severe traffic congestion around the intersection, would remain.

“We will not leave Shahbagh until the 30 percent job quota is reinstated and our seven-point demand is approved,” said Mizanur Rahman, a protest leader.

“Leaders and members of the association have arrived from around the country. We have requested them to be present with the arrangement of food for at least three days. The demonstration will continue,” he said.