Indian coastguards lent food assistance to the Rohingya refugees yet not rescued them, said the humanitarian groups 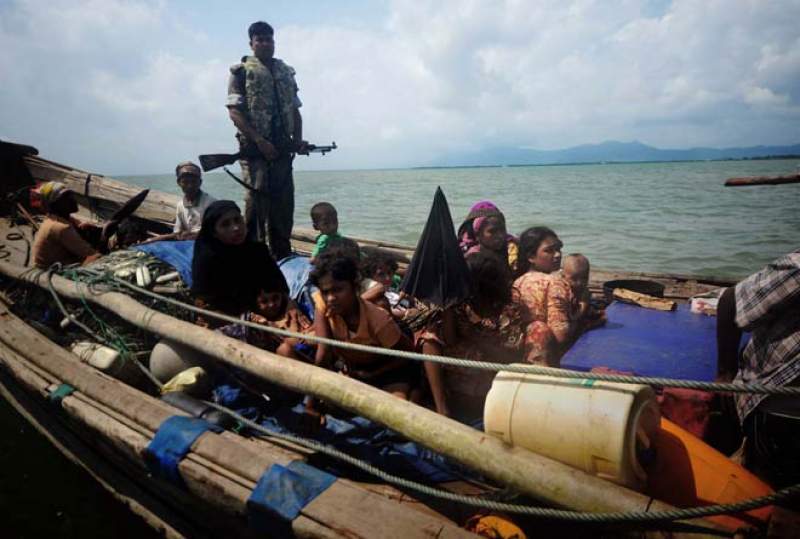 Indian Coast Guards have given them some food and water, but a full rescue operation had not yet happened, said the Humanitarian groups eyeing the plight.

"The last we heard from the Rohingyas was on Monday evening when the one sat-phone in the boat was still working. They reported that the Indian vessels had reached their boat and some food and water has been provided," said Chris Lewa of the Bangkok-based 'Arakan Project'.

She welcomed the Indian supplies but added saying, "What the Rohingyas on that boat need most now was medical attention. Many of them are awfully sick, down with dehydration and acute diarrhea, and at least eight of them have died so far."

She said they had not yet received any information of a full-fledged rescue mission by the Indian vessels, but said that should happen sooner rather than later. Or else many Rohingyas will die."

UN High Commissioner for Refugees (UNHCR) has also appealed for immediate rescue of the Rohingya refugees on this boat.

In Malaysia, there are currently some 1,02,250 Rohingya registered with the UNHCR but rights groups say there are many more who are undocumented. Neither Malaysia nor Indonesia is the signatory to the UN convention on refugees.

However, humanitarian assistance and quarantine measures are being provided to those who were rescued, in line with public health protocols.